BTS to appear on US talk show 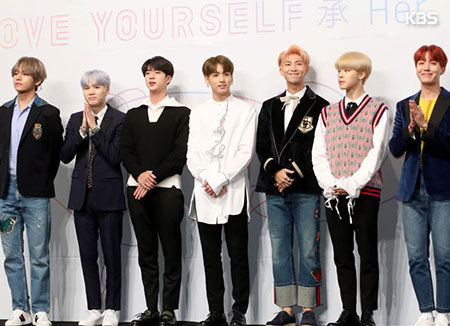 The band will shoot for the show on ABC while it is in the U.S. to perform at the American Music Awards(AMAs). The show will air later this month. The late-night talk show is one of the most popular shows in the U.S. PSY made an appearance on the show back in 2014 with American musician Snoop Dogg.

For the AMAs, BTS will sing its hit single “DNA” and the event will be broadcast live by ABC on Nov. 19.