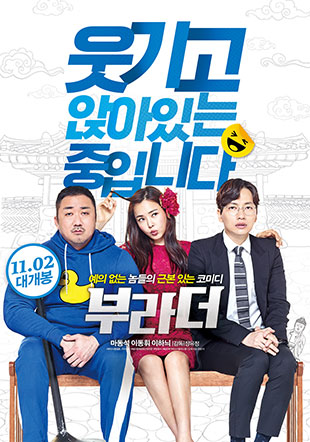 The film “The Bros” has surpassed 1 million in ticket sales on the ninth day since opening in local theaters.

The comedy stars Ma Dong-seok and Lee Dong-hwi and is adapted from an original Korean theater musical. It revolves around a penniless history teacher and his younger brother who is a promising architectural firm executive.