Suzy and Lee Min-ho break up after three years 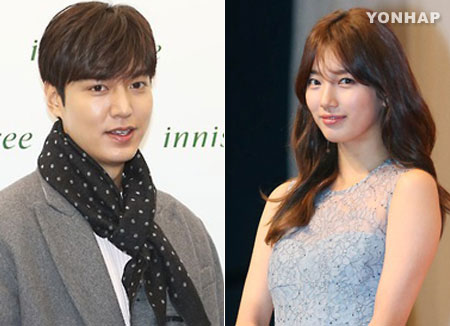 Singer and actress Suzy and actor Lee Min-ho have recently split after three years of dating.

The two confirmed they were dating in March 2015. In September 2015 and August last year, rumors circulated that they broke up, but the couple denied the rumors on both occasions.

Actor Lee Min-ho, 30, rose to stardom in Asia through the popular TV series "Boys Over Flowers" in 2009. He is currently working as a public service worker as a substitute for mandatory military duty.

Suzy, a member of girl group missA, has become more involved in acting since her breakout role in Architecture 101. The 23-year-old actress is currently starring in “While You Were Sleeping” with Lee Jong-suk.