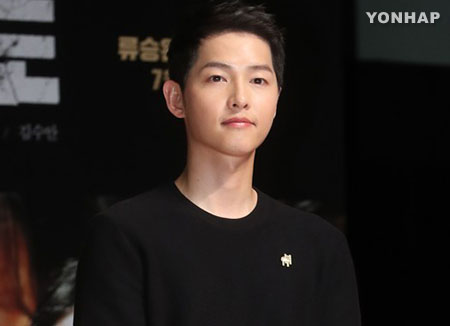 It will be the actor’s first public appearance since getting married to actress Song Hye-gyo last month.

This year is the 9th edition of MAMA, one of South Korea’s largest year-end music awards shows. It will be held in three different countries in the course of a week; Vietnam on Nov. 25, Japan on Nov. 29 and Hong Kong on Dec. 1.

Song, who starred in the hit drama, “Descendents of the Sun,” will be the host and main presenter for the Hong Kong show while Park Bo-gum from “Love in the Moonlight” will be hosing the show in Japan.