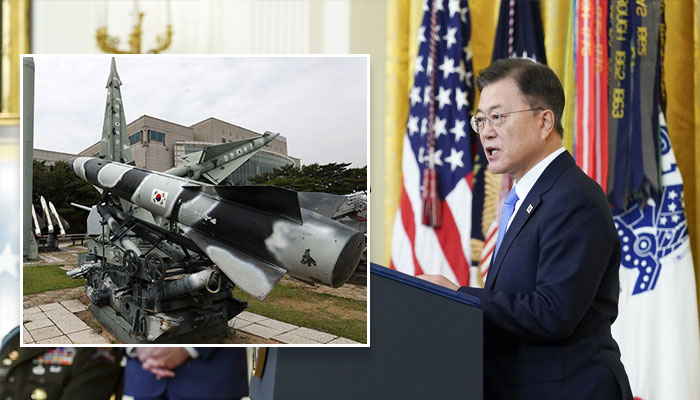 Relations between South Korea and the United States went through a big change upon the launch of the Joe Biden administration. Under the slogan, “America is Back,” the administration placed emphasis on alliances and diverted from the previous Donald Trump administration’s foreign policy direction of unilateralism to multilateralism. This also affected the South Korea-U.S. alliance.

Calls in Washington for an excessive hike in Seoul’s defense cost-sharing subsided, the allies terminated missile guidelines on the Korean Peninsula, and the alliance was restored to a new level, which was a big turnabout from the Trump White House.

President Moon Jae-in visited the U.S. in May for summit talks with President Biden, where they agreed to cooperate in the response to COVID-19, vaccine partnerships, global supply chains such as for semiconductors and batteries, ICT and aerospace development.

Established in 1979, the guidelines restricted Seoul’s missile range and warhead weight, in return for the transfer of Washington’s missile technology. The missile range, limited to 800 kilometers after four rounds of revisions, and warhead restrictions were all scrapped.

The termination has opened doors for South Korea to accelerate its ballistic missile development. It also helped restore its sovereign power in the area, allowing the country to independently respond to North Korea’s nuclear and missile development and any changes in Northeast Asia’s security situation with flexibility.

Having both North Korea and inland China within South Korea’s missile range is also expected to contribute towards achieving a security balance in the region.