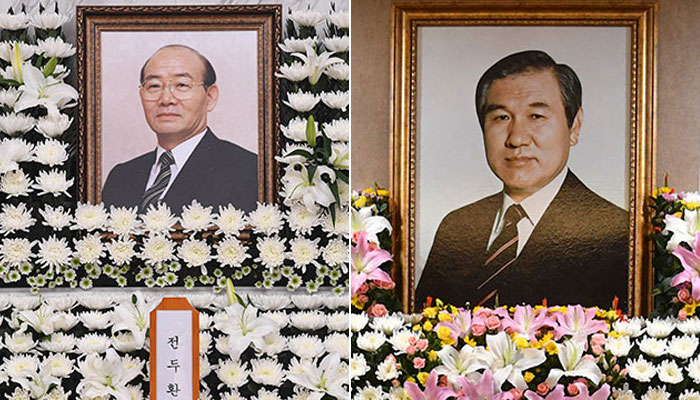 A chapter in history came to an end following the deaths, less than a month apart, of former coup leaders Chun Doo-hwan and Roh Tae-woo who led to the birth of a new military regime in 1980.

Classmates at the Korea Military Academy, the two former presidents succeeded in a coup d’etat in 1980, following the assassination of former President Park Chung-hee.

After their consecutive presidencies as political comrades, the two were convicted of military coup and corruption charges and imprisoned in 1995, before receiving a special pardon in 1997.

Despite his faults, Roh is credited for adopting a direct presidential election system, signing membership to the United Nations along with North Korea, and the success of his signature Norpolitik diplomacy involving the former Soviet Union, China and Eastern European countries. In consideration of his son, Roh Jae-heon, issuing apologies on behalf of his father, and the disclosure of a will containing his past regrets, a state funeral was held for Roh.

Meanwhile, a family funeral was held for Chun, after he failed to clear his name as the nation’s “worst dictator” for his iron-fist rule. This included forced media mergers, the suppression of civic and labor movements, rampant corruption and the bloody crackdown of the Gwangju pro-democracy movement in 1980.

His administration’s achievements include the promotion of sports and culture, including the establishment of professional baseball, price stabilization and high growth against the backdrop of the weak dollar, low oil prices, and low international interest rates.