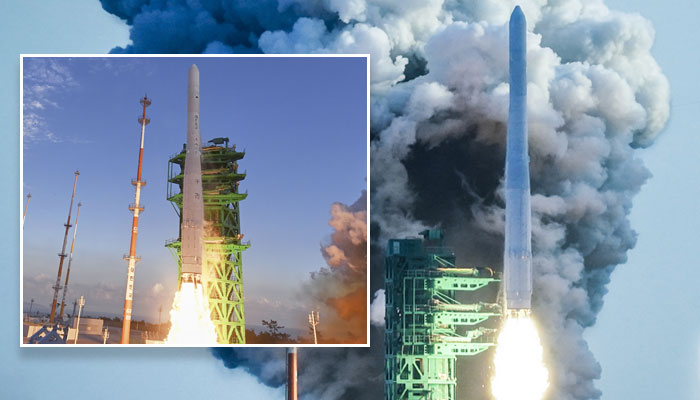 South Korea’s first-ever “Nuri” space launch vehicle was far from perfect, but it is considered a partial success that could help the nation advance into one of the world’s space powerhouses.

The Nuri rocket was launched from the Naro Space Center in Goheung, South Jeolla Province, at 5:00 p.m. on October 21. While completing its full flight sequence, including the detachments of the first- and second-stage booster and the dummy satellite, it came short of putting the dummy satellite into orbit, ending the launch in failure.

At around 5:02 p.m., 127 seconds after liftoff, Nuri’s first-stage booster detached at an altitude of 59 kilometers, followed by a cover surrounding the dummy satellite two minutes later. Around the same time, the second-stage booster stopped and it was confirmed that the third-stage booster was ignited.

At 5:06 p.m., Nuri’s traveling altitude reached 500 kilometers, then 600 kilometers by 5:08 p.m. At 5:12 p.m., its third-stage booster was confirmed to have stopped. However, the engine burned out earlier than predicted, failing to place the dummy satellite into orbit. Nuri flew to a target altitude of 700 kilometers, however, proving the nation’s independent transport capacity.

Around two trillion won of the state’s budget has been invested into the project over eleven years and seven months since its development was launched in March 2010.