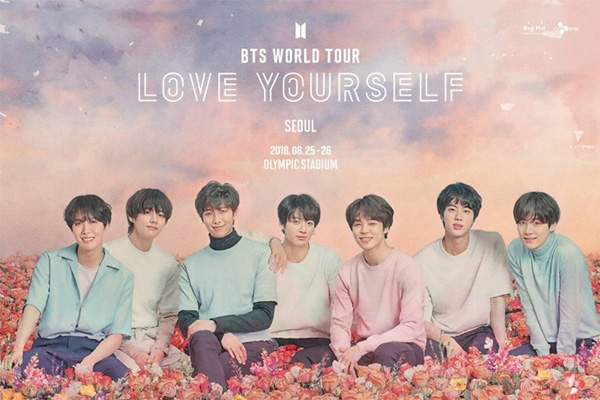 World stars BTS will embark on their third worldwide concert tour titled “BTS World Tour: Love Yourself” with their first leg beginning in Seoul. The two-day event will take place at Seoul Olympic Stadium from August 25-26. The concert tour is to promote their Love Yourself series including “Love Yourself: Her” and “LoveYourself: Tear” as well as the group’s upcoming repackaged album “love Yourself: Answer” which will be released on August 24. The tour will consist of 22 shows with performances in 11 cities across Asia, North America and Europe.