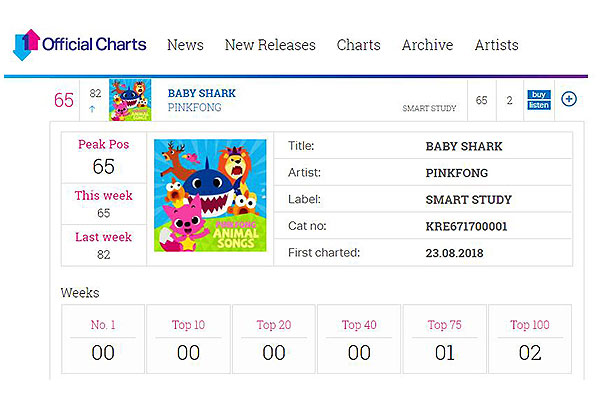 The song was uploaded on YouTube in 2016 and is the third Korean song to make the top 50 of Billboard’s Hot 100 list, following BTS and Psy.

The song also gained a huge following in the U.K., making Pinkfong the first artist to make the UK Top 10 in six years since Psy.