Use of Facilities for Pyeongchang Winter Games Remain Unresolved 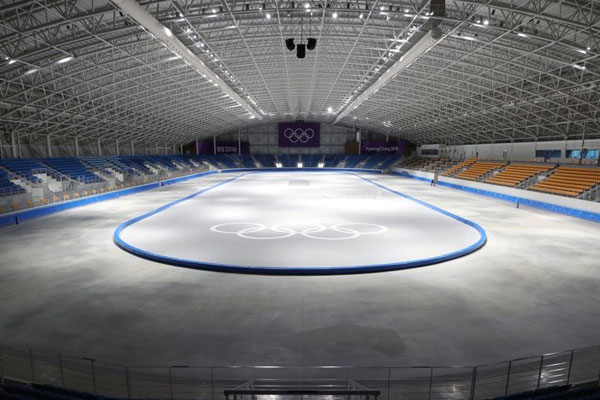 Ahead of the one-year anniversary of the 2018 PyeongChang Winter Games, International Olypmic Committee President Thomas Bach on Thursday hailed the games as "a success story in so many respects."

He particularly took note of North Korea's participation, including the two Koreas' joint march at the opening ceremony and the formation of the unified Korean women's ice hockey team.

In Pyeongchang and nearby Gangneung, a wide range of anniversary events hosted by the local Gangwon provincial government began Thursday and will continue until February 17th.

An official ceremony at the Olympic Stadium site on Saturday will be followed by a grand festival in Gangneung, where South Korea's Olympic figure skating champion Kim Yu-na and speed skating champion Lee Sang-hwa will get a chance to meet with fans.

A K-pop concert and other cultural performances are also in the works for the eleven-day festival.

Behind the glory of the successful hosting of the Olympic Games, however, the local government faces a number of unresolved issues related to the use of facilities post-games and keeping the Olympic legacy alive.

At a press conference on Thursday, Gangwon Province Governor Choi Moon-soon said post-use plans and managing entities have been confirmed for nine of 13 Olympic competition venues so far.

While a decision on three is still pending until an Olympic memorial foundation is established in the first half of this year, the province and its residents are at discord with the central government over the alpine ski slope in Jeongseon, Gangwon Province.

The province and residents want the venue to be preserved for the growth of the regional economy, but the Korea Forest Service and the Environment Ministry are demanding the venue be demolished and restored to its previous natural state citing a previous agreement.

With no sign of compromise, the Gangwon governor has proposed forming an organization with related parties to seek a solution to the issue.