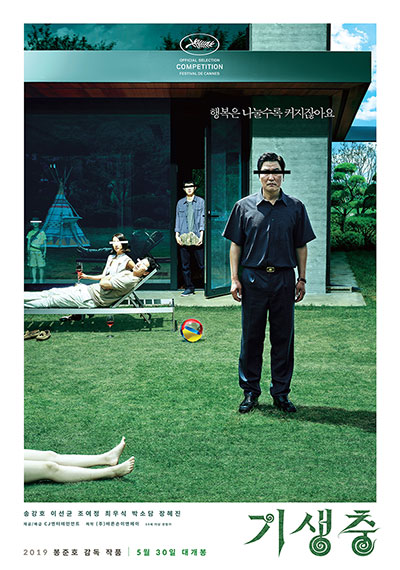 Acclaimed director Bong Joon-ho’s latest film has been revealed to be one of the contenders for the top prize at this year’s Cannes Film Festival.

Bong’s seventh feature film, “Parasite” has been chosen as one of the 21 films competing for the Palme d’Or, the highest prize at Cannes. This is the second time Bong’s film has been in the running for the top prize at Cannes, following his 2017 film “Okja.”

“Parasite” is scheduled to premiere at the film festival on May 21.