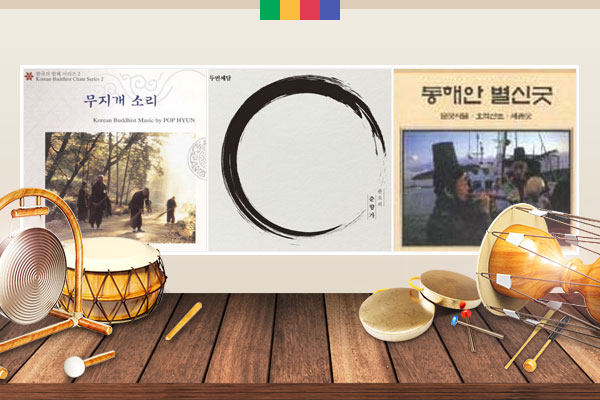 Korea’s central and local governments have protected our intangible heritages with exceptional historical or artistic value by designating them as intangible cultural assets. After an intangible cultural heritage becomes a national intangible asset, it is displayed to the public at least once a year. Such exhibitions or concerts are an opportunity to publicize the cultural heritage to the public and pass it down to the next generation. Yeongsanjae, designated as National Intangible Cultural Asset No. 50 in 1973, is a cherished cultural heritage, which was inscribed into the UNESCO Intangible Cultural Heritage list in 2009. This Buddhist ritual is a memorial service held on the 49th day since a person’s death. In Buddhism, a person’s next life is determined by the good deeds he or she committed in their previous life. The decision takes 49 days. Families of the deceased hold this service to wish a good next life for the dead. At Yeongsanjae, not only the dead person, but also all the spirits without loved ones are called to the service to save their souls. Ancient Buddhist music and dances are performed during this service to make it a grand occasion. The Yeongsanjae Preservation Society carries out this ritual for the public once a year on June 6th, which is Memorial Day in South Korea. The Buddhist service is for those who made the ultimate sacrifice while defending the country. Now we will listen to two different parts, Bokcheonggye and Cheonsubara, from the Yeongsanjae service performed by Buddhist Monks Guhae and Beophyeon.

The songs sung by Buddhist monks at such special services are called “beompae범패.” The “beom” signifies India and “pae” the sound of Buddhist prayers, so “beompae” means Buddhist prayers of India. This is a special form of music that originated in India and was transmitted to Korea through China. According to Samgukyusa삼국유사, a historical account of the Three Kingdom Period, beompae had existed in the Silla as well and became widespread during the Unified Silla Period. The music has survived over 1,000 years and is even performed today. Beompae has exerted much influence over Korean traditional music as well. The day following Korea’s Memorial Day is Dano, May 5th according to the lunar calendar. This day celebrates the height of spring, the most beautiful time of the year. On Dano, men participate in Korean wrestling called ssireum씨름 and women ride swings. This day supposedly emits the strongest positive energy called “yang” and people are encouraged to be active and vibrant. It was during this day’s festivities that Lee Mong-ryong, the male lead of pansori Chunhyangga춘향가, fell in love with Chunhyang at first sight. The next song we’re going to enjoy is the part where Lee describes the scenery he sees from Gwanghanru광한루 Pavilion. It’s sung by Kim Jun-su and musical accompaniment is done by Second Moon.

China claims that Dano originated from Chinese poet and politician Qu Yuan’s death. When he was exiled, Qu Yuan lamented the plight his country was in so he killed himself by jumping into the river. According to the lunar calendar, that day was May 5th. Hearing the news of Qu Yuan’s suicide, people rushed to the river and fed the fish lest they should feed on his body. The dragon boat race that the Chinese participate in on Dano also supposedly originated from the rush to find and pull out Qu Yuan’s body from the river. This is why the Chinese people protested the inscription of Korea’s Gangneung Dano Festival as a UNESCO Intangible Cultural Heritage in 2005. However, the Gangneung Dano Festival has nothing to do with Qu Yuan or China. It is a ritual to pray for the well-being of different villages around Gangneung. The ritual is a combination of Confucianism, Buddhist, Taoism, and several folk beliefs and its main objective is to boost a sense of community among local residents. The same name given to these two different traditions has given rise to the misunderstanding that Korea stole a Chinese custom. Several types of memorial services are held during the Gangneung Dano Festival, including a Confucian-style offering for the mountain god and a shaman ritual for the safety of local villages and their residents. The last piece for today is the music for Sejonghut세존굿 performed during the Dano Festival. It is sung by Kim Yu-seon and performed by Kim Seok-chul.