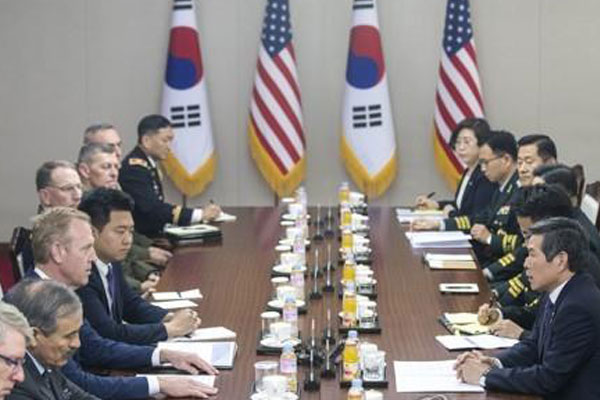 A South Korean general will command a joint drill with the U.S. August to evaluate Seoul's readiness to take over wartime operational controlOPCON) of its troops.

A Seoul official said on Tuesday that General Park Han-ki, chairman of the Joint Chiefs of Staff, will direct the joint exercise.

During their talks, Defense Minister Jeong told his American counterpart that strategic defense communication between Seoul and Washington will be crucial in maintaining the allies' firm defense posture.

Shanahan said Washington will maintain sanctions on Pyongyang until North Korea fulfills the responsibilities set forth by the international community.

The allies also agreed to relocate their command headquarters from Seoul to U.S. Forces Korea Camp Humphreys, some 70 kilometers south of the capital.