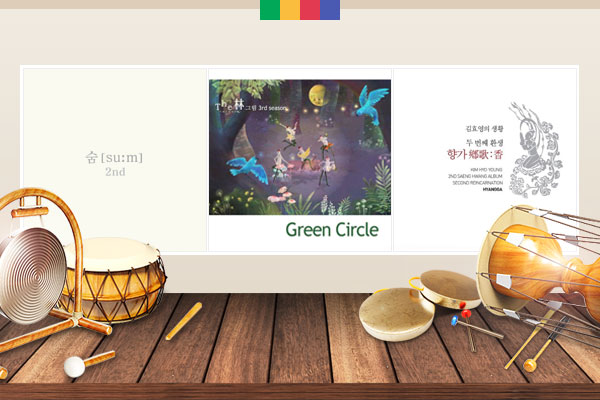 Hong Dae-yong(홍대용) is known as a Silhak(실학) or realist scholar from the late Joseon era. He was also a scientist, who argued that the Earth rotated around its own axis and explained that the universe was infinite, even before Copernicus’ heliocentric theory was first introduced in Korea. Although many people weren’t aware, Hong was also quite knowledgeable about music, so much so that he developed a playing method for the yanggeum(양금), an instrument with metal strings imported from Europe in the late Joseon period. Joseon envoys to China had brought the instrument back to Korea, as they were charmed by its beautiful sound. However, since the yanggeum(양금) was so different from the instruments they were used to, the envoys didn’t know how to play them or incorporate them into Korean music pieces. It was Hong Dae-yong(홍대용) who modified the instrument’s tone to suit Korean music. After his modification, the yanggeum(양금) became widely used to make fast, lively music and it is still utilized today for creative music. The first music piece for this week is “Passing Rain,” a duet with a 25-string gayageum(가야금) and a yanggeum(양금), played by Su:m.

Hong Dae-yong’s(홍대용) friend, the acclaimed writer Bak Ji-won(박지원), described in his writing that Hong was instrumental in adapting the yanggeum(양금) to Korean music.

The philosopher and novelist, known for his detailed observation of trivial things, wrote about the moment that the modified yanggeum(양금) was played for the first time as follows.

It was Hong Dae-yong(홍대용) who adapted the yanggeum(양금) to suit our melodies. The date was June 18th, 1772. From a pavilion I saw his performance, which lasted from 5 p.m. to 7 p.m. It was a modest accomplishment, but since it was the first time, I made myself remember that moment in detail.

Hong Dae-yong(홍대용) was known to be quite skilled at playing the geomungo(거문고) and gayageum(가야금). In fact, his house was frequented by several musicians looking to entertain themselves with music. Another realist scholar, Sung Dae-jung(성대중), documented a concert held at Yuchuno(유춘오), Hong’s summer house.

Hong Dae-yong(홍대용) took out his gayageum(가야금) and Hong Gyeong-seong(홍경성) took a hold of his geomungo(거문고). Lee Han-jin(이한진) took out a tungso(퉁소) from his sleeve and Kim Eok(김억) brought his yanggeum(양금). State-sponsored musician Boan(보안) played the saenghwang(생황). They all gathered at Hong Dae-yong’s(홍대용) Yuchunoh(윤춘오). Yu Hak-jung(유학중) sang songs to liven up the mood and Kim Yong-gyeom(김용겸) sat in the place of honor because of his seniority. When they became a little drunk on delicious wine, they began to play different instruments. The mountain was deep and it was quiet even in the middle of the day, and the fallen petals covered the steps.

These musicians were not there to play for other people, but to enjoy the company of their friends and play for their own pleasure. Now we will listen to “Hwaryudongpung” (화류동풍) performed by The Forest.

Music 2: Hwaryudongpung/ Performed by The Forest

This little concert at Yuchuno(윤춘오) was so delightful that Kim Yong-gyeom(김용겸), who had sat in the place of honor, bowed deeply to the musicians to thank them for their wonderful music. Another anecdote about Hong Dae-yong(홍대용) involved a pipe organ. When he was visiting China, Hong saw how a pipe organ was being played at a Catholic church in Beijing and told Bak Ji-won(박지원) about the wonder of seeing a new instrument. Being a music aficionado and scientist, Hong would have taken a real careful look at the pipe organ. If he had been commissioned to recreate a pipe organ back then, it would have made a big difference in Korean music. The last piece for this week’s episode is from the saenghwang(생황), a traditional Korean wind instrument that works on the same principle as a pipe organ. This is “Seodongyo”(서동요) with Kim Hyo-young(김효영) playing the saenghwang(생황).