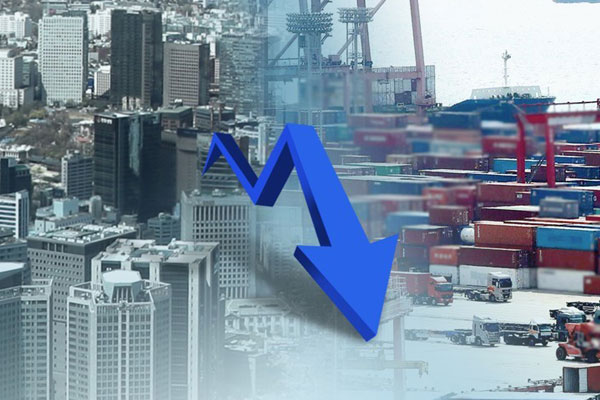 The government says the Korean economy will grow in the range of two-point-four to two-point-five percent this year.

Finance Minister Hong Nam-ki announced at a news conference on Wednesday the outlook, which was point-two percentage point lower than the previous estimate earlier this year.

"We have been putting in all efforts to revive economic vitality and create a paradigm shift for the economy this year. However, along with most other countries, we are facing difficulties due to the global slowdown and increased uncertainties, including the U.S.-China trade war. Downside risks have particularly increased for the trade-dependent and externally-exposed Korean economy...."

The outlook is still slightly rosier than forecasts by private think tanks.

In projecting an expansion of over two-point-four percent, the government already baked in the pump-priming effect of its six-point-seven trillion

"The most urgent thing is the swift deliberation of the extra budget plan. When the budget is approved, the administration will execute over 70 percent of it within two months. Investment must be revived to cope with growing downside risks."

Even if the extra budget is injected on time, the economy might not expand by as much as the government hopes due to the potential impact of Japan's recent export restrictions to Korean chipmakers, which was not factored into the government forecast.

To ride out the downturn, the government announced corporate tax incentives, promising a two-percent investment tax credit for conglomerates and ten percent for small and medium-sized businesses in the second half of the year.

The government said the economy will grow two-point-six percent next year, citing other global growth forecasts.

It also projected the nation will add an average of 200-thousand jobs per month this year, revising its monthly on-year job growth target from its earlier estimate of 150-thousand.