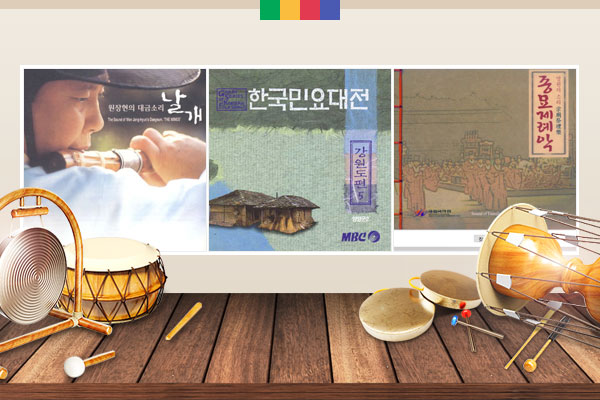 King Sejo, the seventh king of the Joseon Dynasty and better known to us as Prince Suyang(수양), is notorious for heartlessly killing his young nephew, King Danjong (단종), and several court officials before taking the throne for himself. On the other hand, however, as the second son of King Sejong the Great, he carried on his father’s wishes and strengthened the fundamentals of Joseon to leave behind numerous accomplishments. He was known to be talented in physical activities, such as horseback riding and archery, rather than in studying. But he also reportedly excelled in music as indicated in the royal annals written during his reign. Here are some anecdotes from his younger years when he was called by his childhood title, Prince Jinpyeong(진평). One day, his father, King Sejong, ordered him and his younger brothers to learn geomungo. Although he had never held the instrument before, he played it far better than his younger siblings, pleasing his father immensely. King Sejong was so delighted by the musical talent of his second oldest son that, when he heard the prince had learned how to play the gayageum as well, he praised the young prince’s spirit by saying that he could achieve many great things if he put his mind to it. One day, when Prince Jinpyeong was playing a wind instrument called jeok (적), a crane flew in and danced to the music and his brother, Prince Geumseong금성, danced with the crane. It’s obvious that the story of a crane dancing with a prince is quite exaggerated, but the point of this tale is that Prince Jinpyeong’s music was beautiful enough to make anyone want to dance. The first piece for today’s episode is “Wings” with Won Jang-hyun playing the daegeum.

Jeok, the wind instrument supposedly played by Prince Jinpyeong, is a blanket term for all wind instrument, so it’s hard to tell exactly which wind instrument the prince had played to prompt a crane to dance. But, having been so interested and talented in music, he must have been aware of the effects of good music on people’s lives. In the 12th year of his reign, in 1466, King Sejo traveled to Gangwon-do Province to attend the completion ceremony of Sangwonsa Temple(상원사), which was built to bring good fortune to his rule and to Joseon. It wasn’t that common for the king to travel so far in those days, so he held a special exam to allow Gangwon-do residents to hold government jobs. Another interesting event he planned for his trip to Gangwon-do Province was a singing contest for local farmers. He would invite singers of farming songs to perform in his tent. Singing contests always liven up the mood even today, so imagine how this event organized by the king himself had cheered up the local residents. The contest’s first-place finisher was a slave named Dongguri(동구리) who received a new outfit and the honor of following the king’s procession as a musician. Since agriculture was the most important industry of Joseon, King Sejo knew how much farming songs meant to farmers and how to encourage them to work even harder. Here is a farming song from Yangyang County sung by Kim Jin-tak, Jang Yeon-geup and Lee Jong-dae.

King Sejo was merciless with his nephew, but he made sure to follow his father’s wishes. One of his crowning achievements was establishing Jongmyo court music. King Sejong had always wanted to use Korean music for ancestral rituals, since it felt wrong to play Chinese music for royal ancestors during memorial services. But his wish was never fulfilled, because conservative court officials thought that Chinse music was far superior to Korean music. However, when King Sejo rose to the throne, he modified the ritual music composed by his father and used it for the royal memorial service. That was the music inscribed as a UNESCO Intangible Cultural Heritage of Humanity some five hundred years later. If King Sejo had been born the eldest son of King Sejong and became king without the coup d’etat, perhaps he would have become a great king just like his father. The last piece we’re going to hear is a segment from Jongmyo ancestral ritual music performed by the Court Music Orchestra of the National Gugak Center.