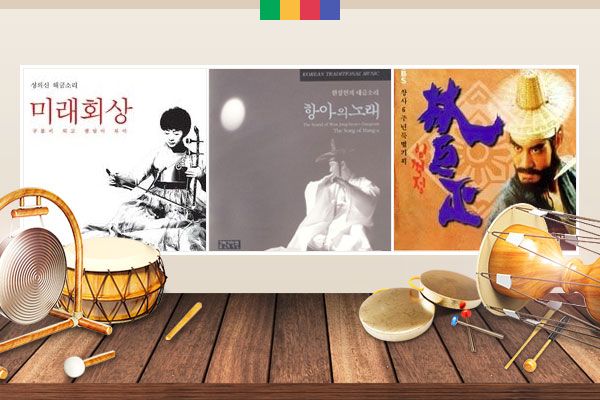 There once was a Buddhist monk named Yeong-jae(영재) in the eighth century during the Unified Silla(신라) period. He was known to be witty and especially talented at writing songs. When he grew old, he went deep into a mountain to lead a secluded life like a hermit. But on his way to his mountain abode, he was confronted by some 60 bandits, who demanded that he compose a song right there and then, so he sang the outlaws the following song.

The shape of human hearts cannot be seen

So, I’m going to live in the mountain.

Would I be surprised to see people preferring to stay in this world?

Discard your weapons and listen to the laws of Buddha.

Then you will realize that you have not done many good deeds.

The robbers were so moved by the song that they wanted to pay the monk in silk. But Yeong-jae(영재) refused the gift, knowing that material wealth was a shortcut to hell. His resoluteness converted the thieves, prompting them to throw away their weapons and follow the monk into the mountain to live a life of self-restraint and frugality. The first song for this week’s episode is an adaptation of “Sangnyeongsan Mountain(상령산)” from Yeongsanhoisang(영산회상). Sung Eui-sin(성의신) plays the haegeum(해금), while Ha Ga-young(하가영) plays the gayageum(가야금) and Park Jae-rok(박재록) the sitar.

Yeong-jae(영재) was able to not only save his own life but convert the hardened criminals with his insightful song. There is another story similar to this one dating back to the Joseon period. Im Ggeok-jeong(임꺽정), an outlaw much like Robin Hood, and Yi Su(이수), a well-known player of the jade flute, are the main characters of this story. Im Ggeok-jeong’s(임꺽정) adventure took place during the reign of King Myeongjong(명종), when government officials stole from ordinary people who were suffering from years of famine. His band of bandits raided government offices and warehouses in Gyeonggi-do(경기도) and Hwanghae-do(황해도) Provinces and shared the wealth with common folks. Law enforcement officers naturally wanted to catch Im Ggeok-jeong(임꺽정) and his followers, but commoners sided with the bandits and helped them evade capture. It was during this time that the outlaw group caught Yi Su(이수), who was traveling in the Hwanghae-do(황해도) region. The musician was brought to the bandits’ hideout deep in the mountains to meet the leader. The formidable Im Ggeok-jeong(임꺽정) was seated on a red throne, wearing a red crown and a silk gown, and guarded by multiple armed men. Already aware that Yi Su(이수) was a jade flute virtuoso, Im asked the musician to play something. So, Yi Su(이수) played a piece that suited the situation.

That was “Dance Sanjo(산조)” with Won Jang-hyun(원장현) playing the daegeum(대금), a Korean traditional flute. Although he was the leader of a famous band of outlaws, Im Ggeok-jeong(임꺽정) must have known that his life on the lam wasn’t going to last long and that it would eventually end in his death. This is probably why he was moved to tears when he heard Yi Su’s(이수) sad music. The official royal records document Im Ggeok-jeong(임꺽정) as a merciless marauder who robbed and killed innocent people, but it was actually the corrupt officials that tormented the people. Those who could not bear the suffering left their homes and joined Im’s gang. Yi Su’s(이수) music could have provided some comfort to the fugitives and perhaps even changed their lives for the better.

We will wrap up this week’s episode with “A World Like Dust, a Life Like Dew,” from the original sound track of the TV show “Im Ggeok-jeong(임꺽정).” The version we hear today will be sung by Jang Sa-ik(장사익).