Gov't to Execute 75% of Extra Budget Within This Month 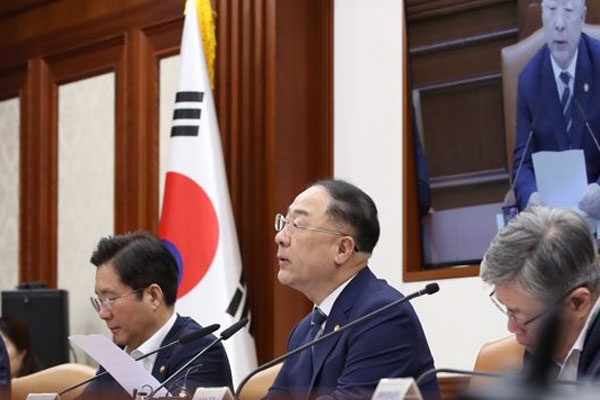 Just two months after announcing economic policies for the second half of the year, the government disclosed additional measures to revitalize the economy with a focus on an aggressive fiscal policy.

It plans to spend 75 percent of the supplementary budget, or some three-point-seven trillion won, within this month.

Finance Minister Hong Nam-ki announced the plan in a Wednesday meeting with the heads of economy-related ministries.

Hong also said that Seoul will encourage public corporations to execute all planned investments for the calendar year and, if possible, get a head start on projects slated for next year.

The measures are designed to help boost a sluggish economy that is faced with weak global demand and trade rows between the U.S. China and between South Korea and Japan.

Contingency funds will be executed mainly to support regulation-free special zones and to help regions suffering from high unemployment or industrial crises.

The government will alter operational plans for 14 funds to free up enough money to inject one-point-six trillion won into the economy in the second half of the year.

The measures also include government-led efforts to boost the economy by breathing new life into consumption and tourism.

The government will carry out major discount sales at some 350 traditional markets.

It will also expand the age eligibility for a train pass that grants users unlimited travel for a defined period of time to 34 or under. The current limit is 27 or under.