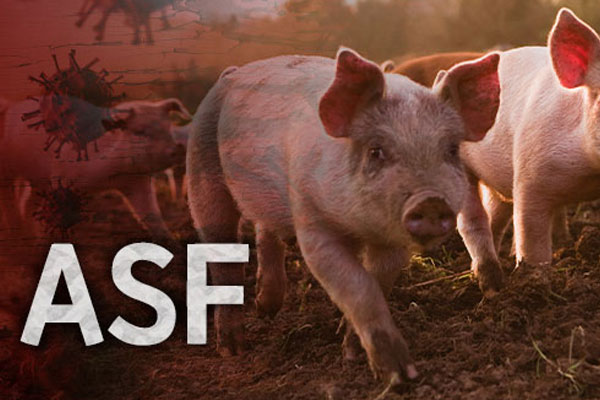 Despite massive quarantine efforts, farms across South Korea have been found with suspected cases of the deadly animal disease.

Since mid-September, multiple suspected cases in the nation have tested positive for African Swine Fever (ASF).

In efforts to contain the spread of the contagious animal disease, the agriculture ministry has been carrying out full-fledged quarantine efforts.

County in Incheon on Friday decided to cull every pig being bred under its jurisdiction to help prevent further spread of the virus.

As a result, around 38-thousand pigs will be subject to the preventive culling, accounting for more than 88 percent of all pigs across the northwestern airport city, near the inter-Korean border.

Multiple cases have tested positive for the deadly swine disease in South Korea are located in the island county.

Earlier in the week, the ministry implemented a standstill for pig farms, feed factories and other related facilities, extending the ban into the weekend.

As suspected cases emerge, the government has been taking extra caution regarding the movement of pigs and farm equipment in areas where suspected and confirmed cases have been found.

Along with a movement ban for pigs, the South Korean military has been tracking and capturing wild boars in a bid to prevent the spread of the disease.