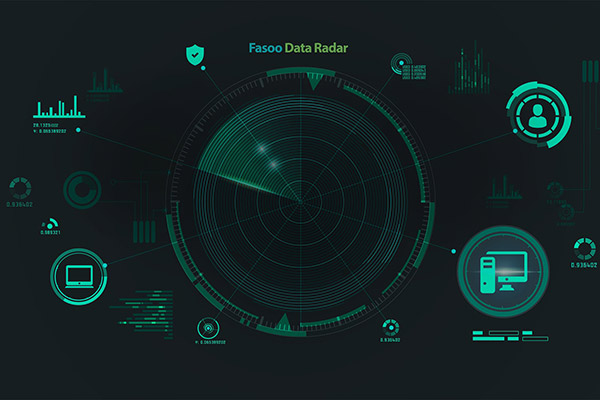 Today, we’re going to introduce Fasoo.com, a leading provider of data and application security solutions for individuals and businesses around the globe. Let’s hear from Lee Kang-man(이강만), the vice president of the company.

Company CEO Cho Kyu-gon(조규곤) received his bachelor’s and master’s degrees in electrical engineering from Seoul National University. After graduation, he worked as a researcher at Samsung Electronics for about three years. Later, he earned a Ph.D. in computer engineering from Rutgers University in the U.S. He then returned home to join Samsung SDS, where he saw various software solutions that had been developed both in Korea and other countries. The experience inspired him to start his own business, and he created Fasoo.com in 2000.

“Fasoo” is pronounced similarly as “pasoo” as in “pasookkoon(파수꾼),” meaning “watcher” or “lookout” in Korean. Combined with dot-com, an Internet domain name, Fasoo.com can be pronounced easily by people in any part of the world. The name contains the company’s commitment to focus only on software development in order to grow into a global firm.

The company was established by Cho in June of 2000 with his colleagues at Samsung SDS and became the second startup launched as an in-house venture of the IT subsidiary of Samsung Electronics, after Korea’s biggest portal operator Naver. With the goal of developing innovative software that would be well received in overseas markets, the company succeeded in commercializing digital rights management or DRM technology for the first time in the world.

DRM refers to software technology that encrypts digital content and allows only certified users to deal with it. Initially, DRM technology was used to manage multimedia content such as images and music. It was Fasoo that successfully developed a file-based data security solution using this technology. The solution encrypts highly important documents and allows only authorized users to access them—read, edit, copy, print and screen capture them—to ensure the maximum level of security. Global companies like Microsoft have similar technology, but Fasoo definitely stands out in many ways. Most of all, the firm has strived hard to develop and distribute DRM technology over the last 20 years to help Korea grow into the most advanced DRM market in the world.

Fasoo applied DRM technology to document files of companies to create a new market for corporate DRM. The firm confidently entered the U.S. market, as its DRM solution overwhelms those of global software companies such as Microsoft and Adobe in terms of technological advancement and performance. 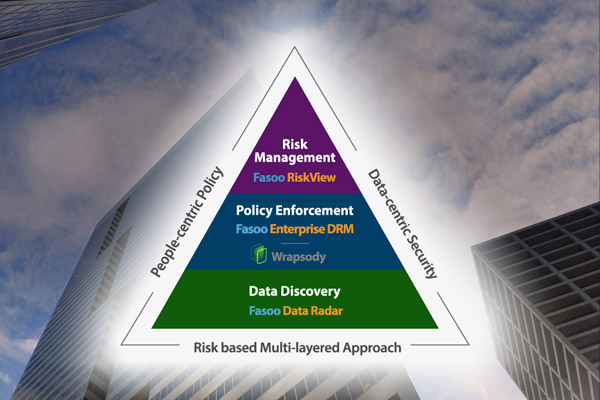 We had a firm belief that we should achieve success in the U.S. before Japan or Europe in order to dominate the global market. Leading software makers are mostly based in the U.S., which accounts for roughly half of the world market. So, a positive result in the U.S. would increase our brand recognition and guarantee success in other markets as well.

With this purpose in mind, we’ve poured a lot of resources into the American market since establishing a branch in the U.S. in 2012.

Fortunately, the years of effort and investment are set to bear fruit, as we’ve won a series of large projects in the U.S. market this year. In June, a global financial firm in New York chose our solution to better protect confidential personal and internal information. A global auto parts producer in August also chose us for stronger security of its sensitive inside information. In addition, an international organization in New York and many American firms in the manufacturing and service sectors are using our solution for data security.

Fasoo takes up a more than 60 percent share of the domestic market for data security solutions. But the company was never satisfied with its success in Korea, as its goal, from the beginning, was to become a global firm. It made relentless efforts to tap into the U.S. market, the software frontier. The company has participated in the RSA Conference, the world’s largest information security event held in the U.S. every year, to sharpen its competitiveness and raise its international profile. It has also submitted bids for large projects to compete with global firms. The Korean data security firm has now garnered deserved recognition in the U.S., the heart of global IT, with its solutions in use in various areas including telecommunications, manufacturing, and distribution and even at an international agency. This year, it secured customers in the U.S. banking and financial sectors, which are known for their rigorous security standards.

Fasoo engages in brisk business activities in Southeast Asia as well, taking part in Malaysia’s e-government project. On the back of its impressive performance overseas, the company is working hard to push the boundaries of security technology.

Computer programs used by individuals or companies are all activated by particular codes written by developers.

But some security loopholes might be found in the source codes. Our software called Sparrow detects such weaknesses and even fixes them. Leading global companies like IBM have solutions similar to this. But our tool has reduced possible errors that may occur in the process of identifying security defects and provides various convenient functions, including one to recommend ways to remedy the problems, by adopting artificial intelligence technology. This is what differentiates us from our competitors. We are clearly ahead of them in terms of usability. Many of the customers who previously used American alternatives are switching to Sparrow.

Fasoo’s source code analysis software is named Sparrow, meaning a tool that effectively eliminates flaws, just like the bird preys on worms. Thanks to this useful tool, Fasoo holds the largest share in the domestic application security market. The company’s e-document management platform, known as Wrapsody, is also drawing attention in the global market. Fasoo has gained recognition in data and application security— areas with a strong growth potential, and the company is ready to take an even bigger step forward.

We’ll renew our vision next year, when Fasoo will celebrate the 20th anniversary of its foundation. One of the company’s dreams and goals is to establish itself as one of the top three software providers in the world in data and application security. We’ve made strenuous efforts for many long years. If we work hard with enthusiasm for a few more years, I’m sure we can fulfill that goal.

Fasoo.com is dubbed as the pride of Korean security software, as it has upheld the true value of software in the ever-changing IT environment. The company will hopefully grow into a leading software firm representing the global market in the not-so-distant future.