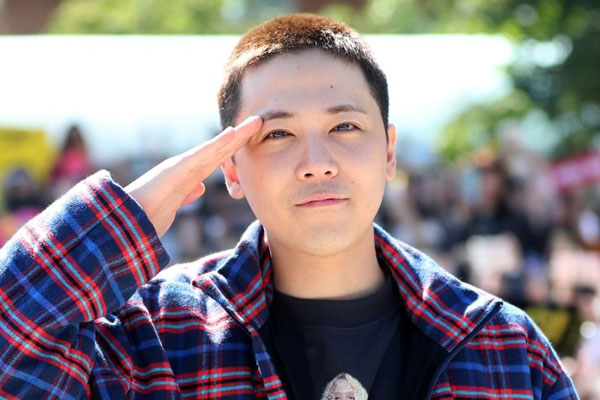 Lee Hong-gi, a member of the K-pop boy band FT Island, has enlisted in the military on Monday.

The 30-year-old began his mandatory military service at a boot camp in Gangwon Province, and will serve as an active duty soldier.

Lee debuted in 2007 as one of the main vocalists for FT Island. He is the first member of the group to begin mandatory military service.