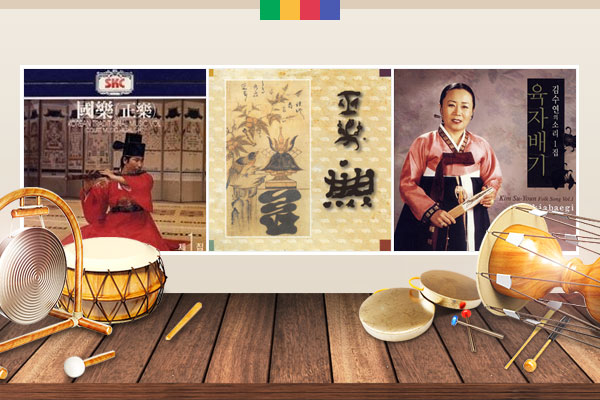 According to an ancient Korean myth, Hwanwoong(환웅) was the son of the sky god Hwanin(환인). Since he wasn’t the eldest son, Hwanwoong(환웅) had to carve out his place in this world on his own. Having long been fascinated by the human world, he took 3,000 followers and came to Taebaeksan(태백산) Mountain. Before he came down to earth, his father gave him three divine elements to help him rule the world. One version says the three elements were a bronze sword, a bronze mirror, and a bronze bell, while another version says the three were actually the gods of wind, rain, and cloud. In any case, Hwanwoong(환웅) built his city there and enlightened the human world by overseeing 360 human tasks, such as farming, healing, and distinguishing between good and evil. That was when a tiger and a bear came to ask Hwanwoong(환웅) to turn them into human beings. The godly being told the creatures to meditate in a cave for 100 days, living off only mugwort and garlic. The tiger ran away before the time was up, unable to bear the hunger, but the bear persisted and finally transformed into a woman named Woongnyeo(웅녀). She married Hwanwoong(환웅) and gave birth to Dangun(단군), who became the founder of Gojoseon(고조선), the first country of the Korean people. Tomorrow, October 3rd, is Gaecheonjeol(개천절), Korea’s National Foundation Day, which commemorates Hwanwoong’s(환웅) arrival in the human world. The first piece for this week’s Sounds of Korea is titled “Sujecheon(수제천),” which prays for human lives to resemble the divine world of heaven. Today the Court Music Orchestra of the National Gugak(구각) Center performs the piece.

One of the questions that intrigued men the most over the centuries is the origin of mankind. These days, scientific explanations such as the Big Bang theory or the theory of evolution explain how this universe and mankind came to be, but in the old days, people created myths to explain the phenomena they could not understand. One of the creation myths that was incorporated into the shamanistic rituals of Jeju(제주) Island is called Cheonjiwang Bonpuri(천지왕 본풀이). It’s a long narrative recited by a shaman priestess at the beginning of a shamanistic ceremony. According to this myth, the sky and the earth were without boundaries in the beginning. Then one day, the sky opened and the earth rose up and blue dew begin to rain down from the sky, while black dew sprouted up from the ground to create everything. Cheonjiwang(천지왕) or the king of the sky and the earth came down from heaven and slept with a human woman to have two sons. One was Daebyeolwang(대별왕) and the other was Sobyeolwang(소별왕). Cheonjiwang(천지왕) ordered the older son to rule the human world, while the younger son was given the authority to rule the netherworld. Coveting the human world, however, the younger son deceived his brother to switch domains. However, the human world turned out to be more than the younger brother could handle. There were two suns and two moons in the sky. Animals and humans spoke the same tongue and atrocities were committed every day. As a result, Sobyeolwang(소별왕) asked his older brother to bring order to the world. Daebyeolwang(대별왕) restored order to everything, except human society, which is why evil persists to this day. Here’s Kim Yun-su(김윤수) singing “Cheonjiwang Bonpuri(천지왕본풀이)” from Jeju(제주) Island.

The last piece for today’s episode is “Boryeom(보렴),” a song that wishes for a country’s peace and prosperity. Shortened from the word “bosi yeombul(보시염불),” this Buddhist chant asks for Buddha’s benevolence to bring stability to the world. In the old days, clowns and musicians would sometimes ask for alms in the place of Buddhist monks. They would sing “Boryeom(보렴)” first to let people know that they were the representatives from a Buddhist temple and then provide them with entertainment to make money. The chant begins by praying that people’s charitable deeds will be repaid in the form of good fortune and that everyone, from the royal family to the common people, will enjoy a comfortable life. Today’s “Boryeom(보렴)” will be sung by Kim Su-yeon(김수연).