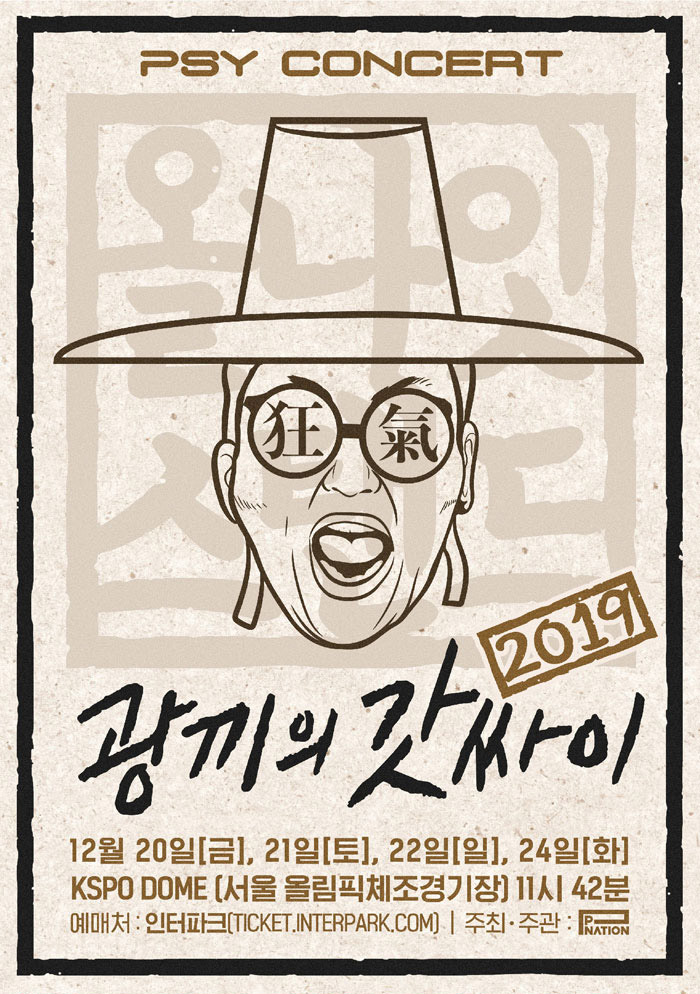 World star PSY will be holding his signature winter concert, “All Night Stand,” at the end of 2019. The concerts will be held from December 20-24 at the KSPO Dome at Olympic Park in Seoul. The concert series began in 2003, gaining popularity with its entertaining acts and A-list guest stars. The concerts begin at 11:42 p.m., with the main performance usually running late into the night.