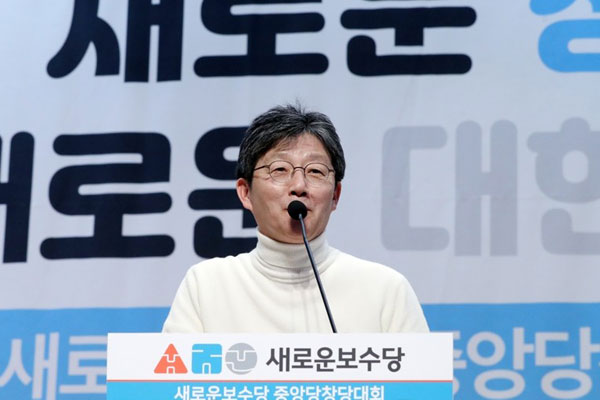 "Dear fellow citizens, we are leaving the Bareunmirae Party today."

Joined by former BP supreme council members Kwon Eun- and Lee Jun-, together they plan to create a new party next week.

"Although we are still weak and small in number, we will rebuild the collapsed conservatism from the ground up. We will be reborn as a new conservative camp to replace and keep in check the Moon Jae-in regime that is ruining the country with its inability, self-righteousness, corruption and violations."

Amid the influence-peddling scandal that led to the impeachment of former President Park Geun- in 2017, Rep. left the then ruling Saenuri Party and created the reformist Bareun Party.

The conservative splinter group then merged with the People's Party, led by reform-minded Ahn Cheol-soo and liberal lawmakers, but that formula turned out to be a mix of oil and water.

The eight lawmakers and eleven other conservative defectors are expected to hold the first convention of the "New Conservative Party" on Monday.

They are planning to unify the divided conservative camp, or at least form a makeshift coalition of conservative opposition groups, by early February in an attempt to win a majority in parliament in the general elections slated for April 15.