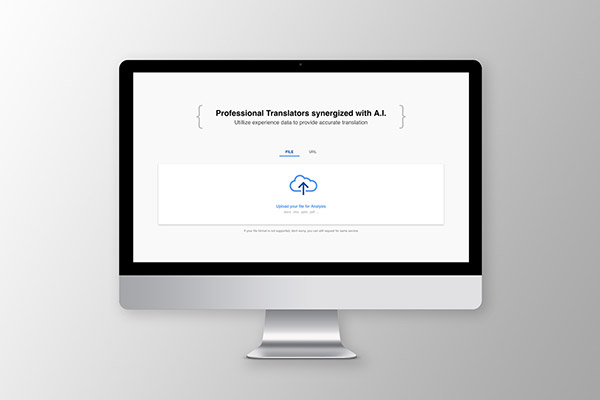 The company we’re going to introduce today is Twigfarm, a provider of a customized translation service based on artificial intelligence or AI. Let’s hear from the head of the company, Baek Sun-ho(백선호).

Twigfarm was established in February of 2016 but the business actually started the previous year. “Twig” here represents people and ideas. The company name “Twigfarm” means a farm where people and new ideas grow well on rich soil, namely, high technology.

The company seeks to use information technology to make new ideas work. This corporate philosophy led to the development of an AI-based translation solution.

To be more specific, Twigfarm incorporates neural machine translation with professional translators. The combination of humans and machines proved effective in providing more accurate translations and overcoming the language barrier. The creative idea is rooted in Mr. Baek’s work experience in Israel, which has earned the nickname of “Startup Nation.”

I worked as a researcher and developer for more than ten years, including five years at the Samsung Electronics research institute in Israel and three years at a university in Katmandu, Nepal. After returning to Korea, I worked at a foreign company named RealNetworks for four years before starting my own business in 2015.

When I was in university, I thought I would never be able to set up my firm. But while working in Israel, a country that has a worldwide reputation for startups, and watching some Israeli people start their own businesses that were later acquired by Google and Facebook, I thought I could also venture out on my own. When I was in my mid-thirties, it came to me that it was the right time to start a business. So I quit my job quickly.

With a population of 8.6 million, Israel has the largest number of startups and engineers per capita in the world. The government invests a whopping 85 percent of business funds in innovative ideas. Each year, the country sees the emergence of 500 new startups as well as unicorns, which are startups unlisted on the stock exchange market and valued at over one billion U.S. dollars.

Having witnessed a number of successful startups in Israel, Baek chose neural machine translation as his business item.

We provide a personalized translating machine based on users’ data, rather than a general-purpose service for everyone.

First, a machine translates text. Based on the result, a professional human translator translates it to ensure more accuracy. All the translations are stored in a personalized database, and we call the data “Translation Dictionary.” The data is then used to enhance the performance of the translating machine to create a virtuous circle. The more people use it, the more accurate the result will be, while users can get the result more quickly. This is what we’re aiming for.

To remedy the shortcomings, Twigfarm uses machine translation first based on the neural network and lets human specialists translate again. The results are then stored in a database. With this innovative solution, Twigfarm inked a contract with the world’s top translation company last year. 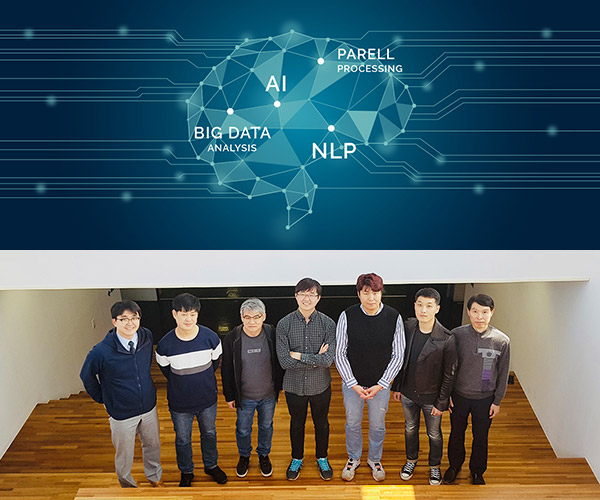 The translator said that Morningside didn’t want to partner with companies that depend entirely on human translators as the paradigm of the translation market is changing. He went on to say that Morningside might be interested in Twigfarm since it has its own machine translation and post-editing platform as well as competent translators. Actually, we have translators who studied in the U.S. That was the third quarter of 2018. We signed a contract with Morningside simply via phone and email and didn’t even visit the company. In Korea, small firms typically go through many stages to work with large companies. But Morningside was willing to enter into a contract with us right after checking our capabilities.

Twigfarm’s competitive edge was once again proved in a test conducted by the Telecommunications Technology Association in Korea. It tested the performance of machine translators customized for legal terms, and Twigfarm gained higher scores than Google in terms of accurate terms and appropriate expressions. Having garnered due recognition both in Korea and abroad, the company plans to expand its business overseas this year. To start with, it will participate in an information and communications technology fair in Japan.

In 2019, we took part in exhibitions in Japan, the U.S. and Singapore, where we met potential partner firms and customers. But we realized that it would be difficult for a small company like us to deal with everything by ourselves. This year, we’ll join a fair in Japan to showcase our business model that we have created with our partner firms. I’m sure the exhibition in Japan will be a steppingstone for us to attract many individual customers and companies in the country. Based on our good performance in Japan, we’ll explore Singapore in the second half of the year. We already made inroads into the U.S. market last year, and we aim to expand the market further in 2020.

Currently, Twigfarm is discussing a bid contract with the Singapore Tourism Board.

The business prospects look very bright for this company, which is building a new ecosystem of translation.