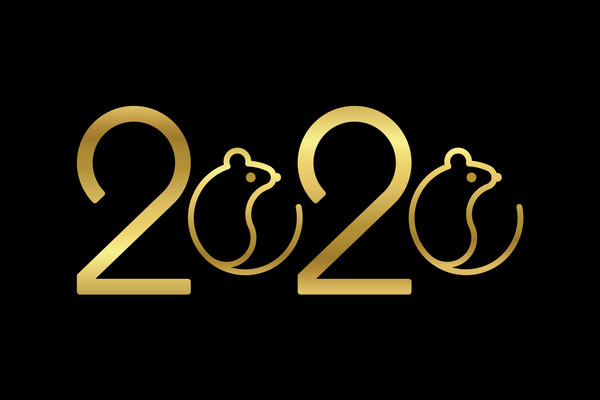 Last year, Korea was swept by the so-called “newtro” fever. Newtro is a combination of the words, new and retro. The return of outdated styles brought back memories for those in their 40s and 50s, while the same old styles offered a new and fresh feeling for younger people in their 20s and 30s.

This newtro trend was predicted by Seoul National University’s Consumer Trend Analysis Center, which presented a consumer trend outlook for the year 2020. Today, we’ll discuss this year’s consumer trends with Jeon Mi-young, a researcher at the center.

We’ve come up with 10 keywords representing consumer trends in the coming year by using the particular zodiac animal of that year. 2020 is the Year of the Rat, and we chose “MIGHTY MICE” as this year’s catchphrase. “Mighty Mouse” appeared in animated theatrical shorts in the U.S. in the 1940s, and the superhero mouse was introduced in Korea in the early 1980s. We changed “mouse” to “mice” to create a 10-letter phrase, “MIGHTY MICE.” We believe that every single person is a hero or heroine, and that not one superhero dominates the world.

“MIGHTY MICE” reflects our hope that small yet strong mice, or individuals, will be able to overcome a crisis.

People born in the year of the rat are considered smart and nimble. “MIGHTY MICE” is the acronym of ten consumer trends for 2020. Among the ten keywords, the most attention-grabbing one is “multi personas.”

“Persona” is a term used in psychoanalysis. The word means “mask” in Greek, and it is defined as a mask a person puts on to show a certain image to other people. People all wear different masks or personas in their lives. Likewise, consumers each have various identities. For example, a man goes to work, with a wireless earphone in his ears. That’s the moment when he isn’t still an office worker. But as soon as he pulls out the earphone from his ears, he turns into an office worker. A woman with young kids is a devoted mother in normal times. But she also has a desire to enjoy brunch at a fancy restaurant and chat with her friends, just like 20-something single women. So, a person should not be regarded as just one person but could be interpreted differently, depending on his or her desires or situations. In this context, “multi personas” comprise one of the consumer trends this year.

In the past, consumption patterns were polarized in the belief that those who prefer low-priced products would always look for similar products, while those who liked high-priced ones would only seek premium goods. These days, however, a person who gets items at bottom prices may also go to luxury shops to purchase premium goods. In other words, consumption has become two-sided, not polarized. The trend of “multi personas” is expected to give rise to a transpersonal market where goods and services are offered in accordance with the different personas of consumers.

A new shopping trend that deserves attention is “pyun-remium(편리미엄),” a mixture of the Korean word “pyun-ri” meaning “convenience” and the English word “premium.” It means that something convenient is premium.

Formerly, premium goods reminded many people of luxurious items with a history of hundreds of years in Europe and those used only by the upper class in Korea. But these days, the symbolic meaning has somewhat faded. Rather, products that save one’s time and labor and therefore provide convenience are selling well, despite their high price tags. The word “pyun-remium” was coined in this context.

While the refrigerator, TV set and washing machine are considered the top three home appliances, the tumble dryer, dishwasher and robot vacuum cleaner are called the three God-given home appliances, which help users save time and labor. People are eager to open their wallets to get these products, even though they are rather expensive.

In the previous era of the “purchasing economy,” people felt happy when they bought something. But now, they are satisfied when they directly experience something, with the focus shifting to an “experience economy.” While money was considered important to purchase goods in the past, saving time and effort is becoming increasingly important now. Riding on this trend, home meal replacement dishes are expected to be embraced by many more people, as users can enjoy delicious food without having to wait in line at popular restaurants and also skip the onerous process of preparing ingredients and cooking food.

The changing consumer trends have also given birth to a new market characterized by a phrase called “last fit economy.”

Korean companies are working really hard to make their products and services stand out to attract more consumers.

Finally, they turned their eyes to the last stage or last moment of consumer satisfaction. Early-morning delivery service is a good example. People order something in the first stage, pay for it in the second stage and wait for it to be delivered to their home in the last stage. By reducing the waiting time in the last stage drastically, businesses were able to induce consumers to open their purses. What is better, the consumers were amazed and delighted. Apparently, it’s now time to focus on this last stage.

Businesses have so far concentrated on the moment when consumers decide on something first. But consumers, for their part, highly value their last-minute experience. The quick and convenient delivery of goods to the last destination, namely, customers’ homes, has proved to be a market success. With the point of consumer satisfaction moving to the last stage, companies are trying to grab the last moment of reaching customers, taking a step forward from the competition by differentiating their products. This year, companies need to change their target consumers as well.

Businesses have to decide on their target consumer groups. I would recommend them to focus on those in their 50s and 60s this year. The so-called 5060 generation has extensive experience from computers with MS-DOS to smartphones. They enjoy various cultural contents, including pop music and movies. The versatile age group is called OPAL, which stands for older people with active lives. I’d say the term could also be interpreted as the gem, opal.

Some might mistakenly believe that this age group cannot financially afford to buy things, but that’s not the case. On the contrary, they have stronger purchasing power than expected.

Actually, it is the younger generation that is hesitant about spending money in purchasing goods. Those in their 50s and 60s are confident about consumption, as they have consumed for nearly three decades. They are willing to get the things they want.

This demographic has both time and money, so it is a big player in the leisure industry.

The OPAL generation is skilled in digital technology and keeps up with the latest trends. It comes as little surprise that this group has great consumer potential. Other consumer trends for Korea in 2020 include “fair player” that values fairness and “streaming life,” in which people prefer to enjoy things rather than possess them.

There’s a saying that opportunities can be found in changes. If businesses carefully watch how the consumption patterns change this year, as the saying indicates, they will hopefully be able to overcome a crisis despite economic difficulties.