LKP Chief Hwang to Run in Jongno, Setting up Match with Ex-PM Lee 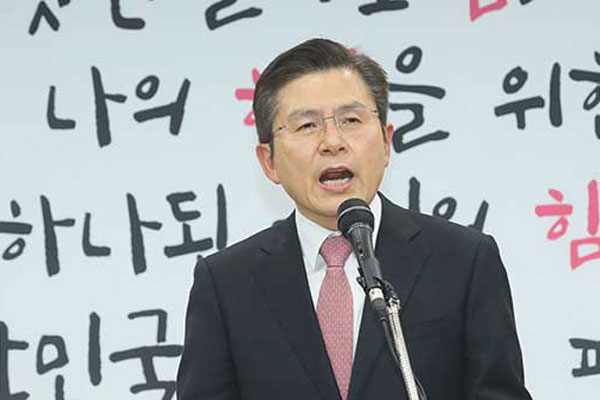 Chairman Hwang Kyo- of the main opposition Liberty Korea PartyLKP) has decided to run in the key Seoul district of Jongno in the April general elections, setting up a match against former Prime Minister Lee Nak-yon.

In a press briefing on Friday, Hwang said he will make Jongno the beachhead to punish the Moon Jae-in administration.

Jongno is a symbolic constituency in Korean politics where big name political heavyweights have been elected in the past. Lee, who accepted the ruling Democratic Party's offer last month, has already begun campaigning in the area.

Recent polls have put Lee and Hwang in first and second place, respectively, as favorites to become South Korea's next president.

Earlier, the LKP’s candidate nominations committee recommended that Hwang either in Jongno district or not at all.