Entry Restrictions Due to COVID-19 Outbreak 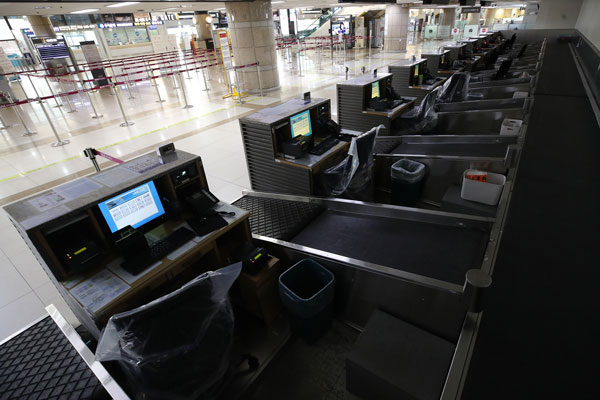 As the coronavirus increasingly spreads worldwide, the number of countries and territories restricting travelers from South Korea has risen to 126.

According to Seoul's Foreign Ministry, as of Friday afternoon, 51 countries and territories have placed an entry ban while others have introduced quarantine and screening measures and advisories on self-isolation.

China has not imposed entry restrictions at the central government level but 22 of its provinces, cities and autonomous districts are placing visitors from South Korea under quarantine.

Japan, meanwhile, has suspended visa-free entry for South Koreans since last Monday and is requesting a two-week quarantine for all travelers from the country.

On Monday, the first day of the new restrictions, just three South Koreans arrived in Japan, a dramatic change of scene as normally several million people travel between the two neighboring countries each year.

Korea-Japan relations appear to be growing more complicated amid the COVID-19 situation, though ties were strained even before the outbreak due to Tokyo's trade restrictions. Japan argues it notified Seoul beforehand of the latest entry restrictions, but Seoul's presidential office refutes the claim, saying there was no prior notice.

The number of flights is also significantly down, by 80 percent for flights between South Korea and China and 90 percent between Korea and Japan.

Global entry restrictions are dealing a harsh blow to Korea's export-dependent economy as businesspeople are barred from traveling overseas.

To address this concern, the government is holding talks with some 20 countries whom Korea shares active economic exchanges with so that South Koreans can be allowed in for business trips.

China and Vietnam, in particular, are known to top the list where demand is high for entry restrictions to be eased. These two nations have a large trade volume with Korea and many Korean firms have made direct investments and built local factories.

Health authorities are drafting measures on this particular issue including one mentioned by President Moon Jae-in on issuing health certificates for businesspeople to verify their status of health.