Technonia, a Provider of Tech-Intensive Products 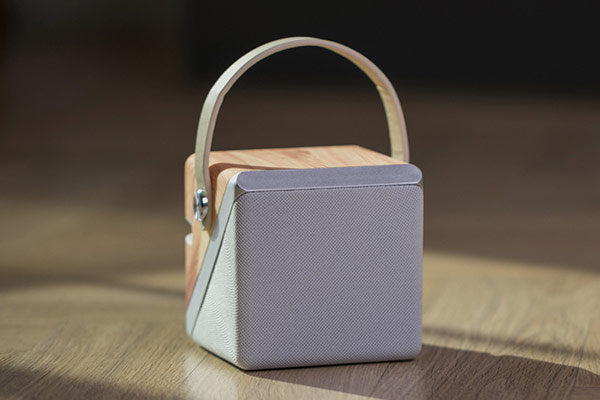 The company we’re going to introduce today is Technonia, a producer of high-tech solutions designed to entertain users. Let’s hear from Lee Sang-jin in charge of overseas marketing at the company.

Technonia was founded in 2000. In the initial stage, the IT firm mostly engaged in software development. Later, it worked on hardware development under contract with LG Electronics and developed various multimedia devices.

We wanted to make interesting products to entertain people. There was a language-learning device for kids called Show PEN. The early version produced sounds only. But we installed a 2.4-inch display in the device so it could show images as well. The purpose, of course, was to help young children learn foreign languages in a fun way. In addition, we produced tech accessories including Bluetooth keyboards.

Technonia has a special corporate philosophy of making tech-intensive products that would make people happy.

Company CEO Sung Won-yong, who previously worked as an engineer, cherished this hope when he set up the company. His company unveiled an MP3 player featuring the theme of a popular animation “Sergeant Frog,” known as “Keroro Gunso” in Japan. At the time, a thin MP3 player capable of playing video files was a fresh idea. The new product received a favorable response from consumers, but its market success didn’t last long.

Our MP3 player proved successful in its earlier stages. However, Chinese makers soon entered the market with low-priced products, dealing a blow to us. We realized that products or technologies that do not have their unique, unparalleled features might be overtaken by other alternatives soon. So, we decided to make products that would certainly differentiate themselves from their competitors, although it would be challenging to do so.

First, we thought it would be important to come up with a sophisticated design. That’s why our staff worked together from the stage of product design plans. Secondly, we focused on fusion and convergence technology. We aimed to create a special product that brings together different functions that consumers need. For example, a Bluetooth keyboard could be fused with a hands-free function.

There are many products with great ideas and conspicuous designs. But the company wanted more than that. It worked on products that would combine necessary functions as one and therefore help busy people enjoy multimedia content in a more interesting and effective way.

The company’s fusion and convergence products that caught the eyes of consumers include a language-learning device that supports four different languages—Korean, English, Chinese and Japanese—and shows images as well. It also introduced a keyboard that is connected with a smartphone or tablet PC and also has a hands-free function, and a Bluetooth speaker that allows users to stream their favorite music wirelessly and make phone calls. In particular, the company’s 2.1-channel Bluetooth speaker, the first of its kind in Korea, was exported to well-known brands overseas, including Japan’s Toshiba, in the form of original equipment manufacturing or OEM. Last year, Technonia developed another brilliant product. 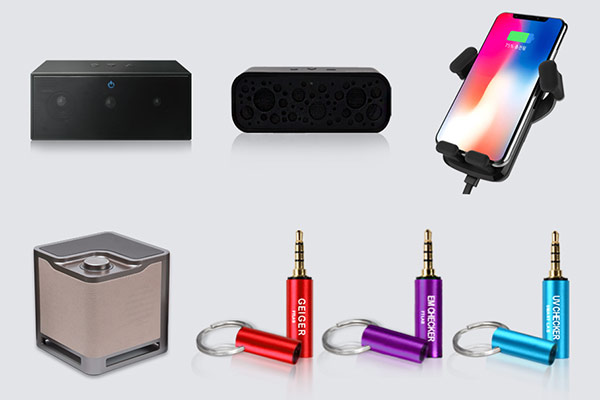 We released a new Bluetooth speaker. Though there are many types of these speakers available in the market, our product has some distinctive features aimed at boosting user convenience.

These days, people often listen to music or watch videos through their smartphones. But heavy smartphone use has given rise to problems as well. For example, people need to charge their smartphone batteries often because the batteries tend to run low too quickly. But users of our speaker can simply put their phones on the top of the speaker for charging. In other words, they can listen to music using our Bluetooth speaker AND charge their phone batteries at the same time.

Many users of Bluetooth speakers complain about the cables always getting tangled up, a smartphone battery losing power too quickly and poor sound quality.

Technonia paid attention to these problems and added more functions to its Cube Box Bluetooth speaker. If users put their phone on the speaker, the battery is charged automatically, both quickly and wirelessly. The speaker produces up to 20-watt audio output that is enough to listen to music and enjoy movies and game. A stereo speaker is installed on the left and right sides, while the woofer speaker that plays low frequency sounds is placed at the bottom to produce amazingly rich tones. Shaped like a cube, the speaker also boasts appealing design. Technonia’s Bluetooth speaker drew an explosive response from a local crowdfunding platform.

To our surprise, we reached nearly 2,800 percent of our target only two months after our Bluetooth speaker became available on a crowdfunding site last year. Users of the speaker can charge their smartphones wirelessly, while listening to music. They are also pretty satisfied with its sound quality. I think we precisely figured out the needs of our consumers. Previous models were mostly focused on speaker functions like sound quality. Consumers showed keen interest in our product, probably because it’s the first time they had experienced a multi-function speaker like this.

Having been selected as the Seoul Award Brand organized by the Seoul Business Agency, Technonia’s products have taken firm root in the domestic market. On the back of its success in Korea, the company is ready to advance into foreign markets this year.

Starting with last year’s Cube Box, we’ll continue to release our Bluetooth speaker series. This year, a new version called Mini Cube Box will hopefully attract many consumers. Although currently the market situation is not ideal, a great many consumers are showing interest in our products, with online sales on the steady rise. We mostly sell out products online here in Korea.

We’ve exported products to the U.S., Japan and Europe on an OEM basis because a small brand like us has limitations in entering the major markets. But now, we’re considering tapping into the markets under our own brand. So, we’re looking for foreign buyers who will be eager to import Technonia products, although they might be small businesses. We’re also considering exploring Southeast Asian markets, including Vietnam, this year.

Based on its capabilities and market success, Technonia is confidently challenging the overseas market. Surely, the company will be able to unleash its technological prowess in foreign markets as well.