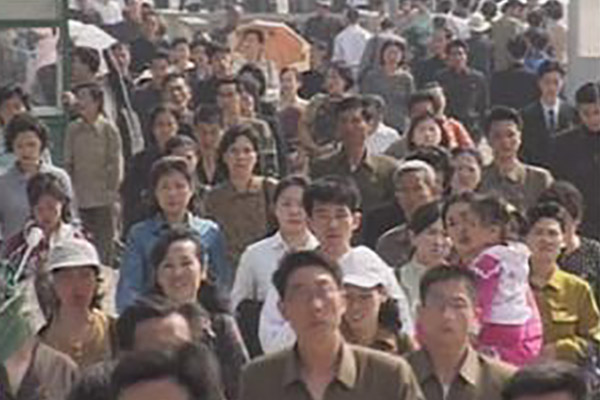 While South and North Korea are divided by the military demarcation line, people in both sides of the border are of the same race and use the same language. It is needless to say that South Korea should better understand its northern neighbor, with which it should achieve peaceful unification, as indicated in Article 4 of the Constitution.

To figure out North Korea’s economic and social conditions and to predict the future, it would be highly effective to analyze relevant statistical data. In South Korea, Statistics Korea generates various statistical reports. We can’t help but wonder whether and how North Korea compiles and releases statistics. Here is Kim Gwang-seop, an official from the statistics agency, to give us more details.

There is a national statistical office in North Korea, namely, the Central Bureau of Statistics. Headquartered in Pyongyang, it is under the Cabinet. It has branches throughout all provinces and smaller offices in different cities and counties. In the late 1980s, the agency sent its population data to the U.N. Population Fund to enlist help in taking its national census. Afterwards, it passively provided statistical data to the International Monetary Fund or IMF, the U.N. Development Programme and the World Food Programme with the purpose of securing assistance from the international organizations. Since 2000, North Korea has been more active in showing some of its statistics to the U.N. or the international community.

Although North Korea has actively provided its statistics to the outside world since 2000, it has still refused to disclose some records, citing the need to protect “classified” information. For example, the reclusive state is extremely reluctant to expose its military information.

In fact, the nation’s population statistics do not include military personnel.

Previously, North Korea excluded its soldiers from its population statistics. Interestingly, researchers used the given data to assume the military population. They compared the distorted gender ratio in a particular age group for enlistment to the normal ratio so they could calculate how many troops the nation had. Being aware of the shortcoming, North Korea later supplemented the data in a way that the military figures are no longer estimated.

In a report submitted to the U.N., North Korea said its GDP in 1995 amounted to 4.8 billion US dollars. But it reported a very different figure, 12.8 billion dollars, to the IMF. The widely differing numbers made many analysts question the country’s data reliability.

For instance, Statistics Korea released data about the areas of rice paddies in North Korea in February, the first of their kind. Having used satellite images, the data are believed to provide greater reliability, compared to those of other administrative or research figures.

In most cases, there are limitations in compiling North Korea-related statistics.

To analyze its economic growth, for example, it is necessary to assess the quantity of goods and services as well as their prices. In the centrally-planned North Korean economy, official prices are set by the state. But prices are different at the booming private market or jangmadang. Due to the dual pricing system, it is hard to calculate the nation’s economic size or growth rates accurately.

North Korea conducted the census of its population in 2018 for the first time in ten years. As of that year, North Korea’s population stood at 25.13 million, about half of South Korea’s. The combined population of 76.74 million from South and North Korea ranks in the world’s top 20.

Regarding economic indexes, North Korea’s gross national income or GNI in 2018 was tallied at 35.9 trillion won, which is roughly 31 billion US dollars, down from the previous year. Its per capita income came to 1.43 million won, which is 1,200 dollars. It represents a mere 4 percent of South Korea’s. The North Korean economy experienced negative growth in 2017 and 2018, with its total trade volume in 2018 reaching 2.8 billion dollars, down by half from a year earlier.

It turned out North Korea produced more grains like rice and corn than the South in 2018, when South Korea’s rice output accounted for about 57 percent of 2.2 million tons of rice produced by North Korea.

Calls have been growing over the need to discuss economic cooperation and social and cultural exchanges between the South and the North. But it is true that South Korean has little interest in North Korean statistics.

It is absolutely necessary to collect more information about North Korea to move inter-Korean ties forward and prepare for the future reunification of Korea. For that purpose, Mr. Kim stresses the need to use international organizations in a more active way.

I think South Korea needs to make the most of international agencies, which have sufficient funds and stay politically neutral. As far as statistics are concerned, it could be more convenient for North Korea to use the international organizations than to communicate directly with South Korea. The 2008 census of North Korea’s population was conducted by the U.N. Population Fund with support from South Korea. I think it is necessary to expand this type of cross-border exchanges. If South Korea consistently carries out cooperation programs in North Korea in the field of statistics, the two sides can build close ties in this particular area. They may take a step forward to conduct statistical surveys in cooperation. South Korea will then be able to implement North Korea-related policies more effectively.

A better understanding of North Korea could be a first step toward improving South-North relations in a proper way. And accurate statistics about North Korea will provide objective indicators for the South to understand the North well. Seoul needs to push for statistics-related cooperation projects with Pyongyang through international organizations and conduct joint statistical research over the mid- and long-term so it can devise and execute its North Korea policy in a more reliable way.