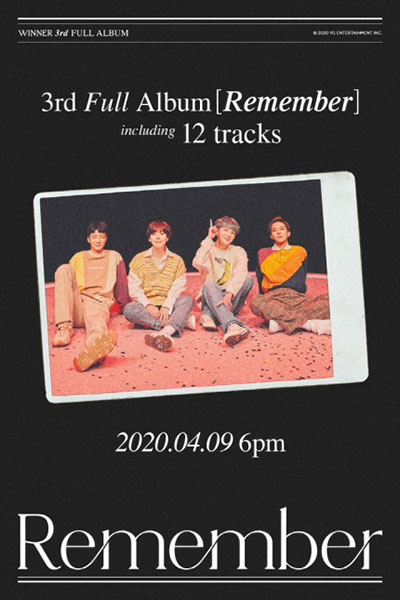 The new release is the group’s third full-length album. The title of the album is “Remember” and it has a total of 12 tracks. The album will be released on April 9. Ahead of the official album launch, the band will release lead single "Hold" on March 26.

The album is WINNER's first full-length album since "Everyday," released in 2018.