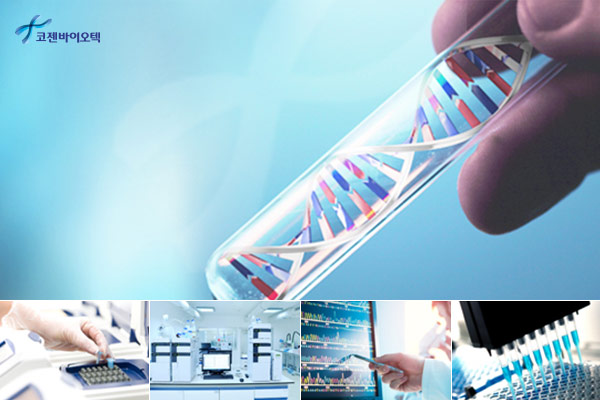 The company we’re going to introduce today is Kogene Biotech, a bio firm that is swamped with orders from around the world for its swift and accurate COVID-19 detection kit. Let’s hear from Baek Myo-ah(백묘아), the executive director of the company.

Founded in 2000, Kogene Biotech specializes in molecular diagnostic reagents. The company name is short for Korea Gene Biotechnology, representing its identity as the nation’s leading bio firm dedicated to genetic analysis. The company adopted the so-called real-time polymerase chain reaction or PCR technology for commercial use for the first time in South Korea. The company has developed over 800 reagents for gene testing for in-vitro diagnostic use, food safety and animal disease detection. In addition to the testing kits for COVID-19 and the Middle East Respiratory Syndrome or MERS, the company has a device capable of detecting some 20 different types of food poisoning bacteria simultaneously. It was used to test food safety for participants at international sports festivals such as the 2018 PyeongChang Winter Olympics and the 2014 Incheon Asian Games.

Kogene Biotech President Nam Yong-seok(남용석) earned a Ph.D. in biochemistry and molecular genetics at Korea University and served as a professor of forensic science at Korea University College of Medicine before setting up his own company in 2000. On the back of solid R&D capability, the bio firm has driven innovation in the South Korean genetic analysis market.

It developed a detection kit for nine kinds of food poisoning bacteria in 2002 for the first time in the world. It was also the first South Korean developer of diagnostic kits for H1N1 influenza and MERS, which broke out in Korea in 2009 and 2015, respectively. During the MERS outbreak in 2015, the company’s diagnostic reagents were used in 42-thousand tests but there was not even a single error, proving their accuracy.

As a first mover in the local molecular diagnostics industry, Kogene Biotech started developing a diagnostic reagent upon the outbreak of the new coronavirus in China.

After experiencing the H1N1 influenza and MERS outbreaks in South Korea, we’ve consistently monitored information about new infectious diseases and their genes. Upon hearing the news of the new coronavirus infections in China last December, we searched documents related to the Severe Acute Respiratory Syndrome or SARS and looked into the genetic information of the virus. On January 10, the genetic makeup of the COVID-19 virus was disclosed on the GISAID website that stores information about the influenza virus. We immediately started development. A week later, the World Health Organization unveiled the genome sequence data of the virus. Based on that, we were able to develop a new diagnostic kit. It took about ten days. On January 27, the Korea Centers for Disease Control and Prevention convened an emergency meeting to discuss new testing kits for the virus and emergency use authorization. Two days later, we submitted a document specifying our test product and technology to the health authorities. And on February 4th, they approved our testing kit for COVID-19 for urgent use—the first such case in the country.

When an infectious disease enters a country, it is key to make a speedy diagnosis. And according to the results, it is absolutely necessary to isolate infected people to prevent the disease from spreading and heal them in a timely manner.

It took only ten days for Kogene Biotech to develop a COVID-19 detection kit, thanks to the company’s extensive experience and expertise that were accumulated in the process of developing hundreds of diagnostic devices. The new test kit clearly stands out in terms of performance. 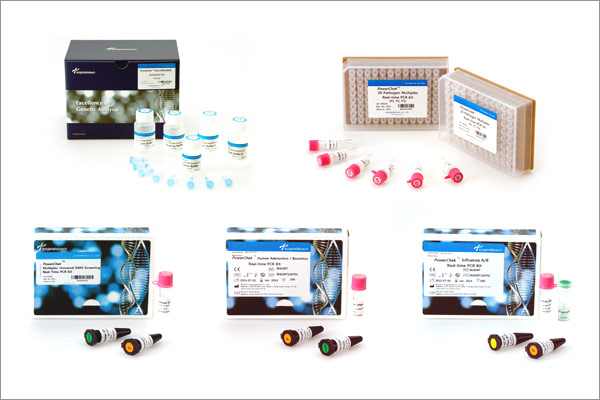 Using real-time PCR, the new kit yields test results in six hours, compared to conventional tests that take 24 hours. It excludes genes that may cause diagnostic errors due to their genetic variation and only identifies two genes instead so it can specifically detect COVID-19. In addition, the test kit is designed to ensure high sensitivity, which is the key to detecting virus infections.

Before, the company commercialized real-time PCR, which had been used for research purposes. PCR is a method used to amplify specific segments of DNA or RNA in large quantities in a clinical laboratory. It is a highly sensitive detection technique to identify tiny amounts of a virus. But it takes time to produce results and the amplified DNA in high concentration is prone to contamination.

Real-time PCR improved these shortcomings. It monitors the progress of PCR in real-time to ensure a simple and quick detection and minimize contamination and the risk to researchers. It can use a sequence-specific fluorescent probe, which helps to single out a target, for the accurate and simultaneous detection of multiple pathogens.

Using this technique, Kogene Biotech amplified two specific genes that exist only in COVID-19 in real-time to identify the virus. As a result, the new test kit can confirm virus infections just in six hours, a considerable reduction from the conventional method that required a whole day for detection. The company’s quick and accurate diagnostic kit is being used in numerous clinics.

We have experience of providing diagnostic reagents in large amounts during the 2009 H1N1 influenza and 2015 MERS outbreaks in South Korea. We’ve already built a system to check materials, mass-produce test kits and manage product quality. Our researchers are competent enough to respond to the situation flexibly. Currently, we produce 10-thousand kits a week but we can increase the amount by three times, if necessary. So, you don’t have to worry about the quantity of the kits. Our company accounts for 30 to 40 percent of COVID-19 test kits used in Korea.

Kogene Biotech is the first supplier of a COVID-19 detection kit in South Korea. Its first output covered 30-thousand tests to allow 4,000 people to receive the test, as each person is tested repeatedly for accuracy. As the news of the new diagnostic kit spread around the world, the company has been flooded with orders.

We’ve refrained from promotional activities as we focus mostly on the production of the test kits. But as media outlets in various countries are introducing South Korea’s ability to detect the virus and effective measures to prevent the virus from spreading, orders from overseas have exploded over the last two weeks. Orders are coming through South Korean embassies, local branches and offices of the Korea Trade-Investment Promotion Agency across the world. We secured the government’s emergency use authorization in the first week of February, when we happened to participate in the largest medical equipment fair in the Middle East. During the fair, we signed a contract to supply our COVID-19 detection kits. Afterwards, we also obtained the European CE certification for in-vitro diagnostic devices. At present, we export our COVID-19 test kits to over 30 countries.

The U.S. Food and Drug Administration has recently requested the company to file an application for emergency use authorization with the U.S. government.