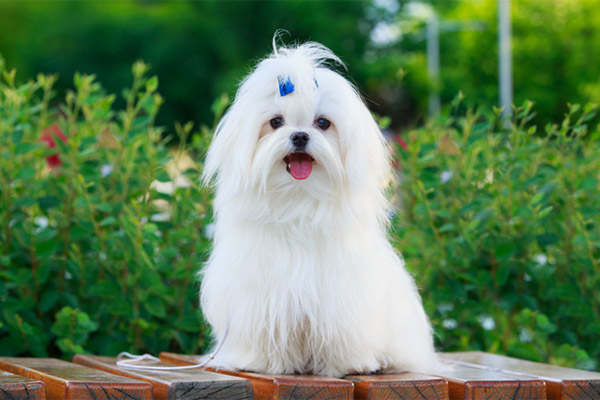 In South Korea, one out of 4 households raises pet animals, with the number of pet owners surpassing 10 million. The local pet care market is expanding fast, while the government and civic organizations are making efforts to create a new culture where people and companion pets can live in harmony. So what about the situation in the northern part of the Korean Peninsula? Today, we’ll learn about companion animals in North Korea from Professor Chung Eun-chan at the Institute for Unification Education.

The term “companion animal” is rather unfamiliar to North Koreans. An extreme economic contraction gave rise to the market, through which individuals accumulated wealth in the communist nation. Some people who belong to the new wealthy class keep pet dogs, but only a few people can actually afford to do so.

In general, North Korea uses companion animals as one of the key subjects to criticize capitalism. Many pet owners here in South Korea put cute clothes on their pet dogs, invest much money on them and regard them as their family members. But North Korea’s leading newspaper has always described this practice as part of a decadent capitalistic culture. However, it seems the situation has changed a bit these days, as some local residents raise dogs as pets.

In North Korea, there is no Korean word referring to “companion animals.” But the word “pets” does exist. Companion animals are generally considered to be support animals that live with humans as “companions,” in a literal sense. On the other hand, it seems “pets” are seen by North Koreans as animals that belong to humans, who can treat or control them as they like.

The expression “pet animals” appeared in North Korea in the late 1980s, when those in the upper class, including officials of the ruling Workers’ Party, began to raise dogs as a pet. In the late 1990s, foreign currency-based shops in Pyongyang began to sell small dogs. North Korea’s popular magazine, “Chollima,” carried a story that dogs can support humans emotionally, and former North Korean leader Kim Jong-il recommended people to keep pet dogs. Naturally, the number of pet owners began to rise in North Korea. In the early 2000s, some cute dog breeds like the Maltese and Shih Tzu were so popular that people in Pyongyang paid about as much as 500 US dollars to get them. Professor Chung explains the type of people who prefer to keep pets in the North.

Firstly, sick or disabled people live with pet dogs for physical or emotional support. Secondly, those in the upper class or the new wealthy class, which surfaced after the economic hardship in the 1990s, have accepted the foreign culture of raising pet dogs. Those in the higher class believe that walking with a fine dog makes them stand out and look a bit more upscale. According to a North Korean defector who had worked in the field of veterinary medicine in the North, a Pungsan(풍산) puppy dog was priced at 30 to 40 US dollars, with the price for the best dog breeds being up to 100 dollars. That’s a staggering amount of money for an ordinary North Korean worker. Nevertheless, some people choose to raise pets, indicating that the culture of favoring pets is taking root in the North.

While some families keep pet dogs, as Professor Chung just explained, most farmers in North Korea are required to raise livestock distributed by the authorities. State-run farms and collective farms distribute domestic animals to local farmers, who have to produce a certain amount of meat. For that purpose, farming families prefer to raise pigs, rabbits, sheep or goats, rather than dogs or cats.

Local farmers must offer 20 kilograms of pork to the military each year. That means it is mandatory for farmers to raise livestock. Sometimes, farmers resolve the food problem by offering pigs they have raised to collective farms and receive corn in return. In the process of overcoming economic difficulties, the authorities staged a massive campaign of raising domestic animals such as rabbits, goats and pigs. As a result, livestock farming has expanded in the nation.

According to a report released by the Research Center for Livestock Industry of North Korea at Konkuk University in South Korea in 2018, there were 3 million rabbits in North Korea in 1995. But the number shot up to 30 million in 2017, as a result of the livestock breeding campaign. The report also said that South Korea has four to six times as many cows, pigs and chicken as North Korea, but the North has more than 80 times as many rabbits as the South. Why do the North Korean authorities encourage local farmers to breed rabbits, among other animals?

Most of all, rabbits are indeed prolific breeders. They also only eat grass to grow quickly, so farmers don’t have to give them any other type of feed. North Korea promoted rabbit breeding even before the economic difficulties. At the time, students were to raise four to five rabbits a year and offer rabbit skin to their schools. After the economic crisis, rabbits have been raised as one of the food sources as well. The grass-eating animal is helpful for resolving the food shortage problem without great expense. Now factories, farms and general households are encouraged to take part in the rabbit breeding campaign. The campaign has another purpose of following the instruction of former leaders Kim Il-sung and Kim Jong-il.

South and North Korea have engaged in brisk livestock exchanges before, although overall cross-border interchanges have been suspended now.

In the pig-raising cooperation project, for example, pig farms were built at three regions in the Mt. Geumgang area in North Korea from 2005 and a South-North joint team was organized to manage the project. South Korean veterinarians visited the North Korean pig farms once a month to check the facilities there and give instructions, when necessary.

On April 7, 2006, eleven piglets were born at a pig farm in Goseong(고성) County near Mt. Geumgang in North Korea. They were the result of the breeding of pigs contributed by a South Korean company called Darby Genetics to North Korea in October 2005. Interestingly, the pigs sent from South Korea were called “pig defectors” by North Koreans. In September 2008, there were 240 piglets, and the number of adult pigs rose to 27. In addition to the three pig farms in the Mt. Geumgang area, another pig farm was set up in Gaeseong as well.

The second inter-Korean summit took place in October 2007, when then-South Korean President Roh Moo-hyun visited Pyongyang. As part of follow-up measures, the two Koreas agreed to jointly establish and operate a pig farm that would accommodate 5,000 pigs in Pyongyang. The two sides held three rounds of working-level talks to discuss the matter. So, we can see inter-Korean exchanges were also carried out in the field of pig-raising.

Unfortunately, the agreed project was suspended, due to deteriorating inter-Korean relations. At present, South Korea isn’t even sure if the pig farms in the Mt. Geumgang area are still properly operated.

Here’s hoping that a breakthrough will be found in inter-Korean exchanges quickly so the two sides can resume bilateral cooperation in stockbreeding and also promote the culture of companion animals together.