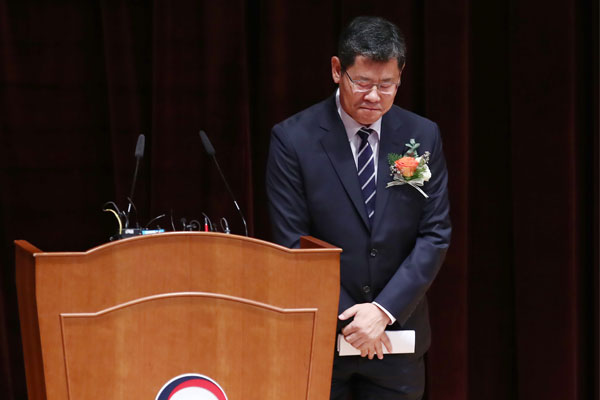 Kim announced his intention to step down on Wednesday, a day after North Korea demolished an inter-Korea liaison office in its border town of Gaeseong, to protest against anti-Pyongyang leaflet campaigns in the South.

Moon sat on the decision for two days, despite growing calls from both inside and outside his party for him to accept Kim’s resignation.

Moon is expected to accelerate the nomination of a new unification minister, while former Democratic Party(DP) floor leader Lee In-young is a likely candidate. The four-term lawmaker led the ruling party's committee on developing inter-Korean ties.