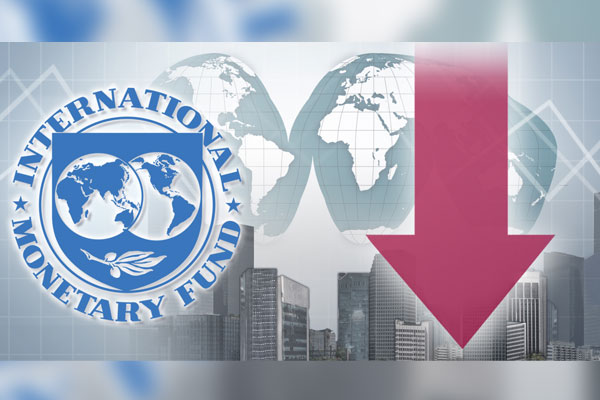 "Several countries have started to recover. However, in the absence of a medical solution, the strength of this recovery is highly uncertain, and the impact across sectors and countries highly uneven."

The International Monetary Fund(IMF) has predicted the South Korean economy will contract by two-point-one percent this year, much worse than its growth forecast of minus one-point-two percent in April.

She said the pandemic has triggered the worst recession since the Great Depression.

"In the first half of this year, the length of the lockdowns and the severity of the lockdowns were more severe than we had anticipated, and secondly because there is no medical solution yet, we expect much more persistent social distancing into the second half of this year. Now we have a recovery projected for 2021, but that's partial of five-point-four percent growth. Over this two-year period, the hit to the global economy from this crisis is over 12 trillion dollars."

The world economic authority predicted that China will see growth this year, but at mere one percent.

"As countries reopen, the pickup is uneven on the one hand, pent up demand is leading to a surge in spending in some sectors like retail. On the other hand, contact intensive sectors like hospitality, tourism and travel remain depressed. So countries that are heavily reliant on these sectors are likely to be deeply impacted for a prolonged period."

The South Korean economy is forecast to grow three percent next year.