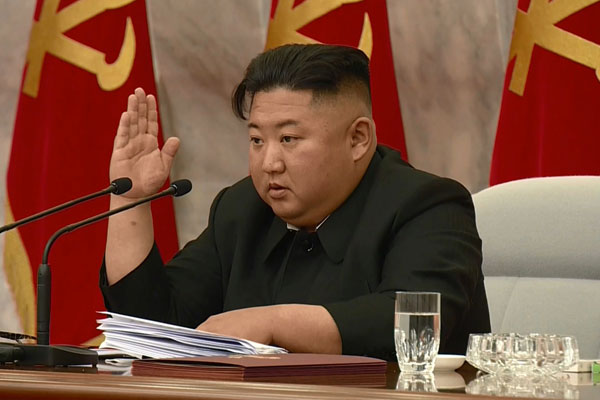 North Korea has removed loudspeakers placed in border areas along the Demilitarized Zone(DMZ), just one day after North Korean leader Kim Jong-un chaired a preliminary meeting of the Central Military Commission of the ruling Workers’ Party.

"At the preliminary meeting of the Workers' Party of Korea central military committee, recent [Korean Peninsula] situations were assessed, and it was decided to hold-off the military plans against South Korea which the General Staff of the Korean People’s Army proposed to the central committee meeting."

On the same day, Vice Unification Minister Suh Ho confirmed to lawmakers in a closed door meeting at the National Assembly that the loudspeakers had already been removed. The move came just one day after North Korea had finished reinstalling them.

In the short period prior to the removal, a South Korean military source claimed that the South was considering reinstalling their own loudspeakers, but were waiting to see what the North would do next, as they had not begun broadcasting.

The North was known to have reinstalled around 30 propaganda loudspeakers along the inter-Korean border. This came two years after the two Koreas removed scores of loudspeakers under an April 2018 summit agreement to promote peace.

Meanwhile, experts say the North seems to be rethinking its campaign to raise tensions on the peninsula. Since earlier this month, the regime had threatened to take a series of retaliatory steps against South Korea over Seoul's failure to stop North Korean defectors from sending anti-Pyongyang leaflets into the North.

In addition to removing the loudspeakers, North Korea’s state-run propaganda websites on Wednesday took down 13 reports critical of South Korean groups’ anti-North Korea leaflet campaigns less than half a day after posting them.