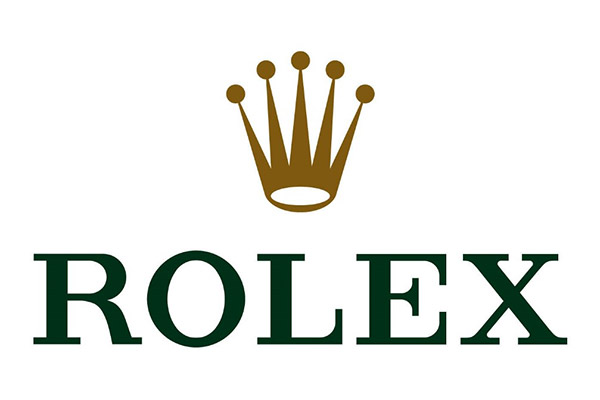 Duty-free operators in South Korea have recently started selling their goods through domestic retail channels. The duty-free items, including luxury goods, in particular, that had been in stock for months due to the COVID-19 pandemic, are offered at lower prices than the usual non-duty-free prices. As a result, sales events like these attract a large number of consumers. So, are foreign luxury goods also found in North Korea as well? Here’s Dr. Bong Young-shik from the Yonsei Institute for North Korean Studies to answer the question.

Of course they are. It is true that North Korea is one of the poorest countries in the world. But things are different in big cities like Pyongyang and Gaeseong, where the nation’s elites reside.

For instance, the Taesong(대성) Department Store that opened in Pyongyang in August 2019 is stocked with a variety of luxury products. Leader Kim Jong-un inspected it in April that year. Photos at the time showed high-end brands of watches and other luxury goods, including Rolex, Omega, Tissot, Chanel and Ferragamo, on display. Last year, a Twitter user who is known to be associated with a North Korean propaganda website called Sogwang(서광) posted several photos of the new department store. It was shown offering expensive foreign cosmetics products that revealed their brand names and logos, including Chanel.

Leader Kim Jong-un himself is well-known for his love of Swiss-made luxury watches. North Korea has not even imported a single watch from Switzerland this year, due to the COVID-19 epidemic. But Radio Free Asia has reported that North Korea’s imports of Swiss watches nearly doubled last year from the previous year. According to the Federation of the Swiss Watch Industry, the prices for Swiss watches exported to North Korea in 2019 were below 1,000 Swiss francs—the price limit of luxury goods under the U.N. sanctions against North Korea. However, it is assumed that many more Swiss watches were brought in to North Korea through a third country. Kim’s wife Ri Sol-ju, is also known as a big fan of luxury items.

The North Korean leader, who studied in Switzerland when he was younger, has a very detailed knowledge of Swiss-made watches. On top of his preference for them, he uses them as gifts for senior officials he likes. It is said that he often wears an IWC Portofino or a Patek Philippe watch, priced at over 180-thousand US dollars. Photos from state-run news outlets show his wife Ri Sol-ju wearing a Swiss-made Movado watch.

Their child is said to eat baby food from the German brand Aptamil. Reports say that Kim and Ri prepared a U.S.-made electric baby cradle for their child and German-made sauna facilities are installed at their home.

In brief, both Kim and Ri have extensive knowledge of premium goods in the global market and they are deeply interested in them.

Many might be wondering how those luxury goods were obtained by North Korea, as U.N. sanctions have banned the sale of luxuries to the communist state. On May 2 last year, NK News, which provides news about North Korea, said that premium goods are flowing into North Korea in the face of the sanctions aimed at blocking the circulation of luxury items for the upper class in the North.

In the wake of Pyongyang’s first nuclear test in 2006, the U.N. Security Council passed Resolution 1718, which bans the sale of luxury goods to North Korea. When leader Kim Jong-un visited the Masik Pass ski resort, he got angry because the ski lifts and other equipment there were not at a world-class level. In fact, Italian and French companies refused to export their sport facilities to North Korea. Kim instructed his officials to import ski equipment of famous European companies by all means before completing the ski resort.

Despite U.N. Security Council sanctions, the ruling elite in North Korea continues to access imported luxury goods. Some wealthy businesspeople known as donju, ask people who travel abroad to get luxury goods, including designer bags. Also, Room 39, which is a party organization in charge of collecting foreign currency for the leader, seems to be seeking to import luxury items through trading firms in Singapore, Malaysia and Russia.

North Korea strongly criticizes bourgeois ideology and lifestyles. In reality, however, merchants at private markets called jangmadang and rich people who are eager to purchase luxuries do not really care about the authorities’ criticism. On the contrary, traders believe that dealing in luxury goods is a lucrative business, based on market analysis, and focus on securing such products.

North Korea finds it necessary to allow black market activities for regime maintenance. In principle, the socialist North prohibits the private sale of food and the government does not collect tax from the jangmadang. However, government officials and soldiers receive bribes instead through the private market. These bribes are many times more than their basic salaries. In essence, the jangmadang guarantees their survival. But these days, it is not easy for them to collect money from the private market because it is not operated properly. In a sense, North Korea’s elite class is in a difficult time now.

North Korea’s economic difficulties have worsened even further, due to the COVID-19 crisis. According to international organizations, including the World Food Program, the food shortage in North Korea last year was the worst in a decade. As a result, even the upper class in the nation is discouraged from consuming luxury products, making the authorities anxious.

Leader Kim Jong-un has to feed his people in the entire nation, of course. But it is also important for him to win the loyalty of the elite circle in Pyongyang and Gaeseong. Negative public sentiment in his key support base will be fatal. Kim presided over a politburo meeting on June 7. At the time, one of the major agenda topics was how to guarantee the stable lives of Pyongyang citizens. While the capital is the most affluent region in the North, the leader openly stressed the need to ensure the residents have enough to live on. This indicates how difficult the situation is in Pyongyang. The small number of the political elite in the capital may still enjoy a lavish lifestyle. Amid extreme economic difficulties, however, the leader must be nervous about how the public sentiment can change.

In the past, only the upper class could purchase luxury goods in North Korea. But the consumption of premium products has gradually expanded to the emerging class of businesspeople and even general citizens in recent years.

That means an increasing number of North Koreans save money to buy high-end goods imported from abroad. As luxury products have become the symbol of wealth, the trend of favoring high-priced items in the North Korean market is expected to intensify.