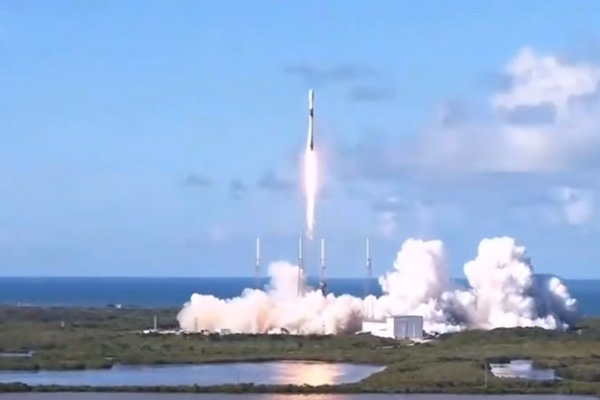 SpaceX has successfully launched South Korea's first military satellite from a U.S. Air Force base in Florida. Once it is operational, the satellite is expected to remove communication blind spots for the South Korean military.

"We are now beginning to chill on the turbo pump on the upper stage engine to get ready for its ignition, coming up in about forty-five seconds."

Perched atop the rocket was South Korea's first military communications satellite, the Anasis-II. Some 29 minutes after the launch, the payload was released from the launch vehicle.

The Anasis-II will reach its orbit of some 36-thousand kilometers in about eight days. The satellite will then be tested for three months before it is handed over to the South Korean military.

Defense officials said the new equipment will remove communication blind spots for the military, which is working on creating a satellite communication network.

The satellite, manufactured by European aerospace firm Airbus Space and Defense, is part of an offset package for South Korea's purchase of 40 F-35A fighters.