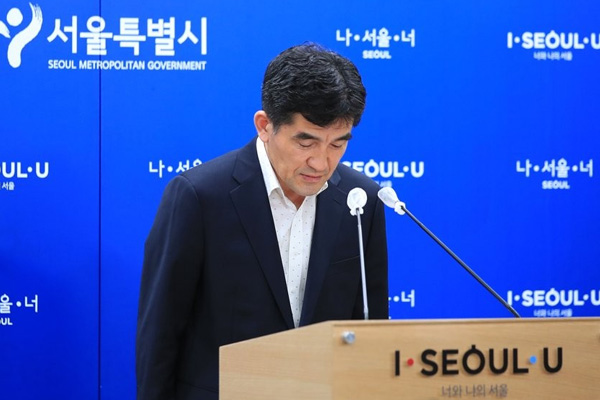 Seoul City said Wednesday it is dropping its own investigation into the sexual misconduct allegations against late Mayor Park Won-soon after his alleged victim said in a press conference that she would not participate.

In addition, the city government said it would actively cooperate should the National Human Rights Commission launch an investigation into the case.

Following the victim’s refusal, the Seoul City government said it would be difficult to form a joint investigation team. However, it vowed to fully cooperate if the victim files a complaint with the rights commission.

It also promised to cooperate in the related police and prosecution investigations that are currently underway.