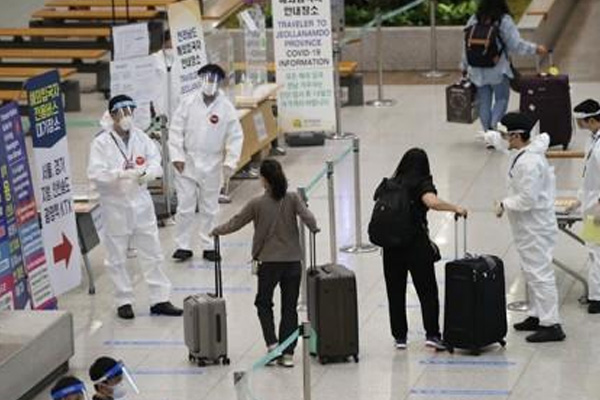 The daily increase of COVID-19 cases in South Korea topped 100 for the first time in 115 days on Friday.

Many of the new infections are imported cases among Russian sailors and South Korean workers who returned from Iraq on government-arranged flights.

The Korea Centers for Disease Control and Prevention(KCDC) announced the latest tally on Saturday, saying that 113 new cases were reported throughout Friday.

Of the new infections, 86 are imported including 32 Russian sailors and 36 Korean workers airlifted from Iraq. Eighty-one of the imported cases were detected upon arrival.

An imported caseload of 86 is the highest since the first coronavirus patient was confirmed in South Korea on January 20. The previous high in imported cases was 67, recorded on March 29.