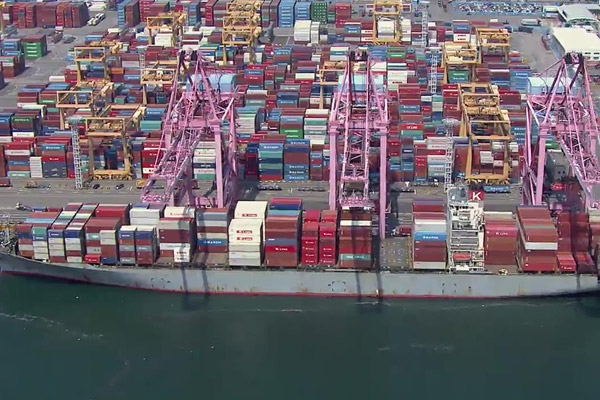 South Korea's economy contracted more than three percent from the first to second quarter amid the economic fallout of the COVID-19 pandemic. It is the largest contraction since the foreign exchange crisis shook the nation 22 years ago.

Repercussions from the outbreak of COVID-19 continue to take a toll on economic figures.

According to the Bank of Korea(BOK) on Thursday, the country's real gross domestic product(GDP) shrank three-point-three percent in the April to June period from the previous quarter.

This marks the largest on-quarter drop since the first quarter of 1998, when it contracted six-point-eight percent. What’s also noteworthy is that the economy shrank for the second consecutive quarter after declining one-point-three percent in the January to March period.

The economic statistics director at the BOK said the dismal performance was due to sluggish exports and private consumption.

Finance Minister Hong Nam-ki attributed the lower-than-expected GDP growth to external factors that turned out to have a greater impact than predicted.

But should the COVID-19 situation continue to settle down, Hong expects a rebound from the third quarter.

The BOK is slated to release the revised growth outlook for the year next month factoring in these figures.