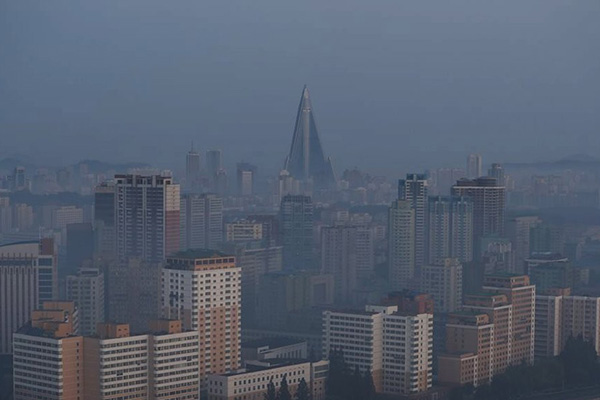 Last time, we gave a general description of North Korean law and examined differences between South and North Korea in law. Today, we’ll learn about some unique laws that are found only in North Korea.

One of the most conspicuous laws in the North is the Pyongyang City Management Law. It stresses that the capital city is superior to any other city and should therefore deserve special treatment. Here’s lawyer Oh Hyun-jong with more.

North Korea’s founder and former leader Kim Il-sung once said, “Only those who support the party are entitled to live in Pyongyang, which is the capital of revolution. Armed with the party’s unique ideology, those who uphold party policies and work diligently are allowed to live there.” Those remarks reflect that only those in the upper class can reside in the capital.

The Pyongyang City Management Law is designed to manage and foster Pyongyang as a special city.

Under the law, state agencies, as well as organizations and enterprises, should provide food and fuel to Pyongyang first, while Pyongyang citizens are required to serve as a model and keep their honor and dignity. The law regulates every little problem, including the city environment and even Pyongyang citizens’ clothes and appearances.

In South Korea, all citizens have the duty to work. The Constitution stipulates that the terms and conditions of the duty shall be set by law in accordance with democratic principles. But the duty is not a legal obligation. The socialist North, in contrast, puts particular emphasis on people’s duty to work and the duty carries a strong legal binding force.

The Labor Standards Act in South Korea’s capitalistic market economy mostly deals with the rights and duties of employees and employers. To better protect employees, in particular, the act stipulates minimum wage, working hours and how to help employees receive unpaid and overdue wages.

The labor law in North Korea, on the other hand, is focused on people’s duty to work. Under the law, those who are able to work physically are obliged to strictly observe work time and work devotedly for the party and the state. Notably, working hours for women with three or more children must not exceed six hours a day.

Workers should be paid equally for the same job, regardless of age or gender. Like in South Korea, workers in the North are off during traditional holidays. They are allowed to take one day off a week.

Another unique law of North Korea is the People’s Security Control Act, which was revised in 2011. As a means of controlling residents, the act defines its purpose as “contributing to discouraging any act of disturbing law and order through strict systems and investigating and handling criminals.” What grabs our attention is that “an act of wasting electricity” is subject to crackdowns under the law.

Previously, North Korea had the Social Safety Control Act with 21 articles. The number of articles for residential control increased to 33 in the People’s Security Control Act. The law clamps down on an act of stealing facilities or materials from agencies or enterprises, an act of failing to manage farming equipment properly and an act of wasting electricity. As North Korea suffers from a severe energy shortage, the unnecessary use of home appliances is regarded as a treasonable act of stealing the state’s electricity and is therefore strictly controlled. Violators of the law are subject to hard labor, disqualification, imprisonment or confiscation. Some are sent to detention camps and are forced to work up to six months.

There is no tax law in North Korea. The country abolished taxation for the first time in the world, claiming that its self-supporting economy is the material security to enable the country to go without a tax system. Still, North Korean people have to pay some usage fees or charges. That’s why some point out that North Korea eliminated the tax system only as a formality and maintains it in reality. Anyway, there is no tax, in principle, to be applied to North Korean residents, while the country has a tax for foreigners.

Initially, North Korea did impose taxes, including income tax, on its people. But all taxes disappeared after the Supreme People’s Assembly adopted a law calling for the removal of taxes in 1974. Without taxes collected from residents, the socialist country has various routes to secure money.

But some say that doesn’t mean that there isn’t a tax in North Korea. For example, agricultural cooperatives in the North calculate the output when the farming season is over. A portion of grain is stored as common property. As a result, less grain is distributed to individuals. For them, this is a form of charge. Also, cooperatives do not purchase farming machines but borrow them from state-run organizations instead. When borrowing the machines, they pay some fees, which could also be seen as a tax.

Now, here’s a little quiz about North Korean laws. Which of the following is NOT correct?

Lawyer Oh has the answer.

No.1 is correct. While judges in South Korea are appointed by the Supreme Court’s chief justice, judges in the North are chosen by people through elections. North Korean prosecutors catch lawbreakers and hold them liable for their illegal acts. And there are lawyers in the North. No. 2 is also true. North Korean people are prohibited from carrying a passenger, except children under 5, on the back of their bike. As I explained before, those who use electricity late at night are subject to punishment under the People’s Security Control Act. So, No. 3 is correct.

We can see that North Korean laws, along with the nation’s unique guiding ideology of juche or self-reliance, were established with the purpose of regime maintenance.