'Rage' Reveals Trump Wanted US Troops out of Korea 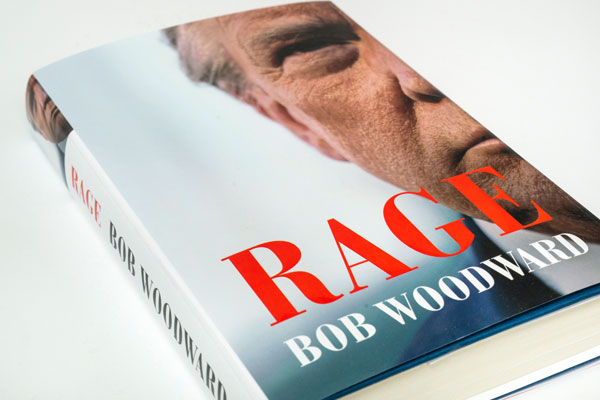 A Washington Post reporter's soon-to-be-released book has sparked fresh controversy over U.S. President Donald Trump's handling of domestic and international issues, including relations with allies like South Korea. Trump is also said to have boasted about what could be a nuclear weapons system the world does not know about.

TRUMP: "I wanted to, I wanted to always play it down. I still like playing it down because I don't want to create a panic.“

TRUMP: "It's also more deadly than your, you know, your even your strenuous flus. You know, people don't realize we lose 25-thousand, 30-thousand people a year here. Who would ever think that, right?"

Ahead of the official release, the Washington Post revealed Woodward’s excerpts and on-the-record interview clips with Trump, showing how he deliberately downplayed the risk of COVID-19.

The explosive content of the book also sparked concerns over Trump’s security policies after his discussions were introduced regarding a new weapons system, possibly nuclear, that "nobody's ever had."

Trump was on the defense Thursday.

TRUMP: "Our nuclear program has been put into gear like never before, and in particular hopefully we won't have to use that, because that's a whole new level of destruction that we never want to - just have to pray to God we never have to use that... All right, please, Jon.”

REPORTER: "Yes, thank you, Mr. President.  Why did you lie to the American people? And why should we trust what you have to say now?"

TRUMP: "Such a terrible question and the phraseology. I didn’t lie. What I said is: We have to be calm; we can’t be panicked... "

According to USA Today, which claimed to have secured a copy of the book, Trump was cited in the book as saying that he wanted to pull American troops out of South Korea and Afghanistan.

Trump reportedly complained about military obligations around the world, arguing that his country has become a sucker to NATO members and other allies like South Korea.

The American president announced Thursday that he will reduce the number of U.S. troops in Afghanistan to four-thousand and two-thousand in Iraq as peace talks progress.