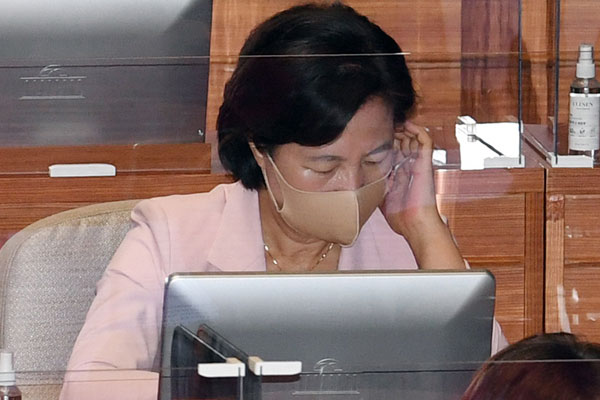 A former military official who alleged that Justice Minister Choo Mi-ae sought various favors for her son during his mandatory military service in 2017 claimed that his former staff reported to him about receiving such requests.

In a statement on Friday, former Army Col. Lee Cheol-won said requests came in asking for Choo's son, identified only by his surname Seo, to be reassigned to the U.S. garrison in Seoul's Yongsan district from the base in Uijeongbu, Gyeonggi Province.

Lee, who was the head of the South Korean Army support group for the Eighth U.S. Army(EUSA) at the time, said one of his staff officers dismissed the request made during Seo's training period.

The former colonel also alleged that there were a number of requests made asking for Seo to be selected by the military as an interpreter at the 2018 PyeongChang Winter Olympics.

Lee said he later ordered the selection to be made through a drawing.