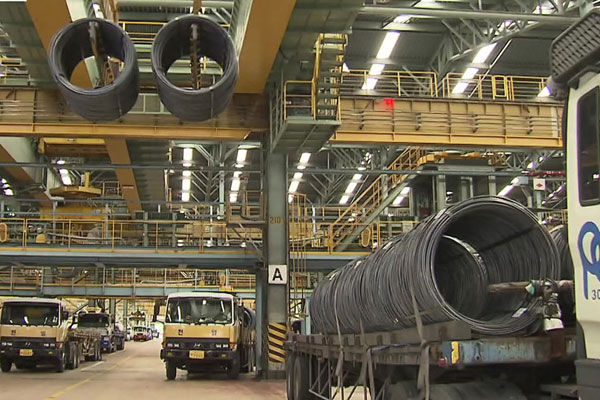 According to data from the Ministry of Trade, Industry and Energy on Thursday, the country's outbound shipments totaled 48 billion U.S. dollars last month.

That’s up seven-point-seven percent from a year earlier, and is the largest gain since October of 2018.

South Korea saw a three-point-six percent growth in exports in February but due to the COVID-19 pandemic, outbound shipments fell for six straight months after that.

The rebound came on the back of increased shipments of semiconductors and cars.

Exports of chips increased by a whopping eleven-point-eight percent on-year, accounting for nearly 20 percent of the monthly export total, and outbound shipments for cars rose by 23-point-two percent for the first turnaround in six months.

Noting that both in and outbound shipments rose, trade officials here suggested that major economies are resuming business activities but cautioned that the U.S.-China trade conflict continues to pose a risk to the export-driven economy.