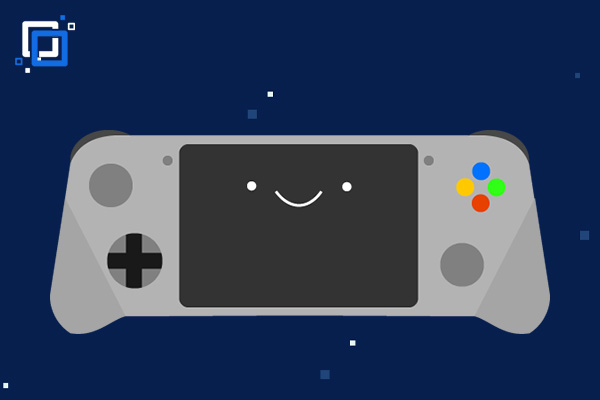 After finishing graduate school, I set up BlockXen in 2018 with some of my friends in the hopes of creating something innovative, based on our software and security technology, and commercializing it so we can make a profit and provide convenience to people. The gaming hardware industry has not been developed much in South Korea. We wondered how to make a gaming system that would fit for the network environment of South Korea. We then decided to produce a portable gaming device using the new technology of stream gaming.

BlockXen is developing a gaming machine called “Cloud Gear.” While talking with his friends who are fond of games, Park found himself wondering why there isn’t a lot of gaming hardware, though so many people love games in South Korea. He also wondered why he couldn’t find any game console representing South Korea, which is the powerhouse of electronic goods, information technology and games, in particular.

These questions led to the development of a game console that would be perfect for the local market.

Cloud Gear is based on game streaming technology. Using this device, people can play games from anywhere and remotely---games that they have installed in their computers or individual home consoles like Sony’s PlayStation. These days, many people prefer to stay at home, for fear of the spread of COVID-19. Actually, playing games on your the bed, especially large-scale ones, is harder than you would think. But Cloud Gear will allow gamers to bring any game to their beds, or anywhere they want for that matter, and fully enjoy it. They’ll feel as if they opened a PC in their very hands.

The gaming market has long been dominated by PC and mobile games. But console and cloud games have rapidly grown lately, influenced by contact-free culture driven by the COVID-19 pandemic and subsequent changes in the IT environment. With “social distancing” becoming the norm, the number of people looking for console games has increased sharply. Some game machines are difficult to get even at a premium, as they are in short supply. Having read this trend, global companies like Sony and Microsoft have announced their plans to release next-generation gaming consoles. Major game firms in Korea, including Nexon, NCSOFT and Netmarble, are developing new games for console devices.

Cloud games are also drawing a lot of attention. Cloud games are run remotely from a file sharing cloud, with gaming data stored in virtual space streamed to a user’s device. Three major mobile carriers in South Korea are eyeing cloud-based games as the “killer content” of the 5G era. BlockXen predicted how demand and supply would change in the gaming market and decided to develop a game console using cloud streaming. 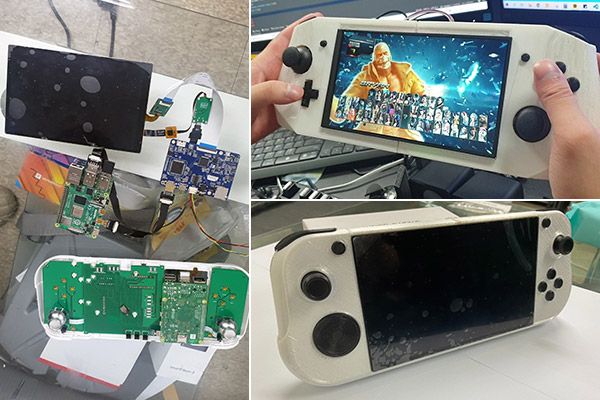 The global gaming market has grown more than 10 percent each year, with its value reaching 151 billion US dollars in 2019. In line with the trend, the game console market is expanding as well. Due the prevalence of PC rooms in South Korea, people may not really feel that the share of PC-based games in the gaming market has decreased little by little. In contrast, mobile games and gaming hardware or consoles have increased their portion in the market. Portable game machines, in particular, have never seen their share in the gaming hardware market fall below 40 percent since 2008. We’re riding on this very encouraging growth trend.

Young officials of the company, including Park, previously didn’t have the slightest idea of what running a business would be like. It was far from easy for them to develop an innovative portable game machine, armed only with the enthusiasm for gaming. They had to overcome financial difficulties and improve technology on their own. They also confronted the negative public perception about gaming. But the company’s relentless efforts to tide over the difficulties led to the development of a game console that is clearly different from its alternatives.

There are, in fact, many portable game machines available on the market. But most game devices produced by large companies run games exclusively on their own platform. That means gamers have to buy expensive hardware if they want to play certain games, rather than access any entertainment content through one device. Our cost-effective product, on the other hand, allows users to play games they have collected in their PCs beforehand. It can run old games and the latest ones through streaming services as well. Other than products from large companies, China provides low-end models priced at around 100 US dollars to explore the global market. We spotted a gap between those produced by major firms and Chinese firms in the market, and target that niche market.

BlockXen’s Cloud Gear can run cloud-based games using streaming technology. Users of this device will also find that old games were brought to modern hardware so they can enjoy the games without the Internet. And it goes beyond the realm of a game console by allowing users to store cartoons or movies and watch them. This multi-purpose entertainment device is developed by CEO Park Jae-woo and chief technology officer Lee Sang-min. In fact, the two young men’s dream was to become inventors, not businessmen.

In the short term, our goal is to release a new South Korean gaming device for the local market, a barren land for gaming hardware. Over the long term, we aim to explore other areas such as streaming and network and deploy new products on a commercial scale. In doing so, we hope to achieve innovation as young inventors. By the end of 2020, BlockXen will hopefully be mentioned by many people as a promising startup run by inventors.

BlockXen’s Cloud Gear is expected to make an appearance in the form of crowdfunding under the Seoul Business Agency’s technology support project. We hope the new device will take root in the market successfully and help Korea get rid of its dishonorable label as a barren land for gaming hardware.