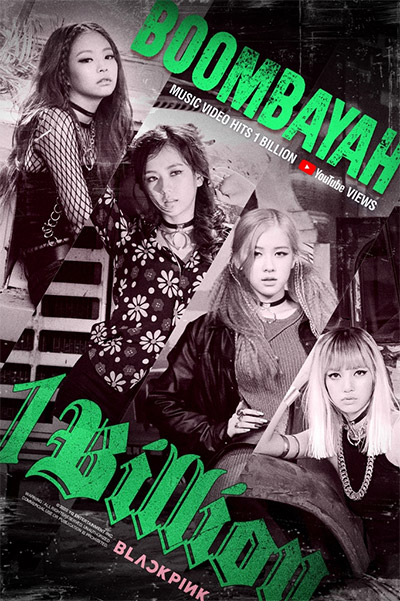 The music video for BLACKPINK's "Boombayah," has topped 1nbillion views on YouTube, becoming the group's third MV to record the milestone.

Released in August 2016, the group made their debut with the track and it has now allowed the group to become the first K-pop act to have three MVs with over 1 billion views.