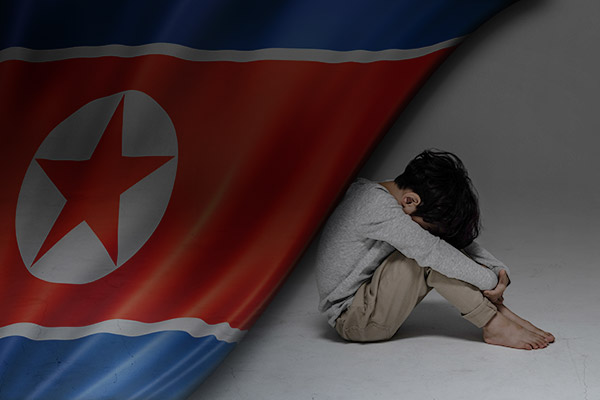 On October 1, the U.S. Department of Labor said that North Korea mobilizes children to produce bricks, cement, coal, textiles and iron. In its report about the 2020 List of Goods Produced by Child Labor or Forced Labor, the department pointed out that North Korea uses child labor to make goods in a wide range of areas. These include mining, stone-cutting and manufacturing, ranking fourth among more than 70 countries in terms of the number of types of goods produced in that way.

Today, we’ll talk about children’s rights and child abuse in North Korea, one of the serious issues that the international community has continuously raised. Let’s hear from Kang Mi-jin, a reporter at the online newspaper Daily NK.

Parents, in particular, justify the act of hitting their children in the name of the so-called “rod of love,” which, in many cases, is nothing but violence. The same is true of teachers. According to defectors, such violence against children is not a problem in North Korean society, as parents and teachers take it for granted that children should be disciplined.

But amid repeated international criticism of child abuse in North Korea, more emphasis has been placed on children’s rights in the country since 2014.

North Korea does have a law guaranteeing children’s rights. Article 43 of Children’s Rights Protection Act prohibits abuse or violence against children within the family. Article 27 states that parents have a duty to bring up their children in an intellectual, moral and healthy way. Also, North Korea specifies various legal measures aimed at protecting children in a wide range of laws concerning family, childcare, education, medicine and infectious disease prevention as well as civil law.

In reality, however, the laws are ineffective and the government does not take any protective measures against domestic violence. It is said that children-related laws exist in North Korea, but children’s rights do not.

Article 72 of North Korea’s Constitution stipulates that children who have no means of support are entitled to material assistance. Article 18 of Childcare Education Law also states that children who are not under the protection of parents shall be taken care of at nurseries and orphanages.

North Korea claims that children are the kings and queens of the nation and upholds the principle of “the best for children.” The country actually has an 11-year compulsory education system. It provides free education to all children and sends all preschoolers to daycare centers and kindergartens.

Despite the laws and systems, many North Korean children have suffered from malnutrition, or even starved on frequent occasions. These cases threaten children’s right to live.

Those who are loyal to the party and have revolutionary spirit are selected as daycare center teachers. When the teachers say they hit children because they wanted the kids to learn about their dear leader correctly and grow decently, they are not punished. In South Korea, daycare center teachers suspected of doing something bad to children are investigated by the police or the centers’ CCTV footage is examined.

But in North Korea, teachers hitting children, not to mention parents, are not considered a serious issue. Therefore, it is difficult to resolve the problem of violence against children in a comprehensive way. Some parents even ask teachers to beat their children more for proper education.

North Korea holds a mass gymnastics show on important occasions, including the former leader’s birthday and the government foundation day. The nation mobilizes up to 100-thousand people to showcase a dazzling performance of synchronized gymnasts and dancers and colorful flip-card displays. The most famous mass gymnastics event was “Arirang,” which was occasionally held until 2013.

But to prepare for the large-scale show, North Korea mobilizes children and teenagers for rigorous training, stirring controversy over child abuse. Many point out that the harsh training constitutes a violation of the U.N. Convention on the Rights of the Child, which North Korea ratified in 1990.

One of my distant relatives participated in the gymnastics show. The training for acrobatic exercises was so hard that the child even wet his pants and the soles of his feet were chapped. Some children suffered from a bladder infection because they had to squat down on the cold floor to eat and hold their bladder for so long during the practice session. School classes are suspended temporarily. Typically, the training starts from 6 in the morning and lasts through 10 p.m. Even five- to six-year-olds are mobilized for this training to take part in a show that lasts over one hour. It’s unbelievable, isn’t it? More than 20-thousand North Korean children spend so much time in preparing for the show. And as a result, they have little time to study.

Years ago, one boy found that his mother was very sick in the morning. But he had to attend the rehearsal of the show. Sadly, he couldn’t even be by his mother’s side when she passed away late in the evening.

On November 27, 2019, a North Korean human rights group called People for Successful Corean Reunification released a report about North Korea’s child abuse. According to the report based on the testimonies of some 150 North Korean defectors, the child abuse situation in North Korea has improved little by little.

One of the reasons is the low birthrate in North Korea. These days, many families only have one child each. Little wonder the parents love their child like the apple of their eyes and there are much fewer cases of physical child abuse than before.

Another reason can be found in foreign media programs, including South Korean ones, which have flowed into the reclusive country since the early 2000s. The inflow of foreign culture and some elements of a market economy, that the communist state has adopted, have contributed to decreasing the number of child abuse cases. However, the problem has not been resolved completely.

The KidsRights Foundation, which is an organization dedicated to children’s rights based on the Netherlands, released the KidsRights Index 2020 on June 4. The index evaluated five domains, that is, the right to life, health, education, protection and the enabling environment for child rights, in a total of 182 countries. In the index, North Korea came in 111th, up from 122nd last year, raising hopes for some improvement.

North Korea is a signatory to the U.N. Convention on the Rights of the Child, and the international community is paying keen attention to the issue of children’s rights in the county. Here’s hoping that children’s rights will be protected properly in North Korea.