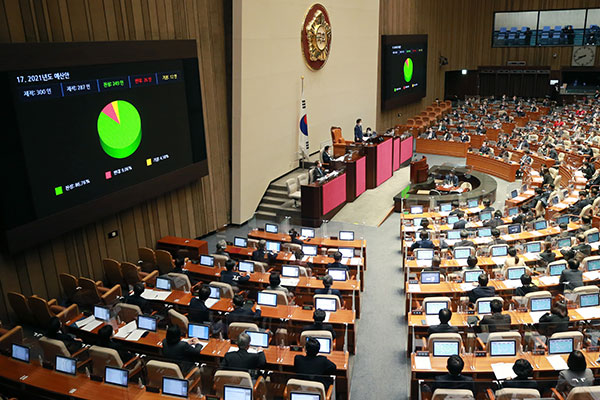 The National Assembly on Wednesday passed the 558-trillion-won national budget for 2021, the largest budget in Korean history.

It marks the first parliamentary passage of the national budget within the legal deadline since 2014. The assembly is required to approve the state budget for the following year by December 2.

Three trillion won is set aside to support businesses and people hit hardest by the pandemic, while 900 billion won has been earmarked for a national COVID-19 vaccine program.