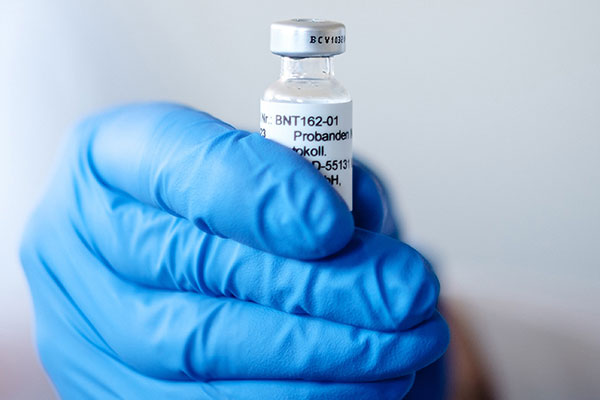 Amid a global race to be among the first to acquire COVID-19 vaccines, South Korea has announced it has secured enough doses to immunize up to 44 million people. But it comes with a caveat: the government had to accept drug companies' demand for liability protection in the case of unexpected side effects... against a backdrop of pandemic-level demand.

South Korea has secured commitments for COVID-19 vaccines to immunize up to 44 million people, sourced from a World Health Organization-linked initiative as well as private drug companies.

Health Minister Park Neung-hoo on Tuesday said vaccines - some still in development - are to be acquired in phases starting February. The supply would be enough to inoculate some 85 percent of the population. And though the start date for their immunization has yet to be determined, priority will be given to medical personnel and those in vulnerable groups.

The remaining doses for ten million people are set to come from COVAX Facility, a WHO-linked initiative designed to guarantee equitable access to vaccines.

The health minister added the government - despite significant hesitation - had to accept drug companies' demand for exemption from liability claims, as governments around the world are vying to preemptively secure the first batch of vaccines.

Park then stressed that the government will conduct its own safety tests after the vaccines are brought in, and monitor post-vaccine cases in other countries.

Addressing the lingering concerns for the safety and effectiveness of the COVID-19 vaccines, Prime Minister Chung Sye-kyun in a social media post said the government will make every effort in the entire process leading to actual vaccinations.

Following the announcement, President Moon Jae-in on Wednesday called for continuous efforts to secure additional COVID-19 vaccines for the country as cases continue to rise.

Despite the secured doses, Moon said it is still too early for the country to let its guard down.

He also placed top priority on checking the safety of the vaccines even if that means the government has to spend more money.

The president still stressed speed, saying the schedule of the COVID-19 vaccine inoculation plan needs to be moved up so vaccines will be administered to the public as soon as the country secures them.